Joe and I are enjoying a rare night off tonight. I don’t remember it being like this when I was in school, but it seems every concert, every performance, every recital, every event is crammed into the last two weeks of school here. It’s been absolutely non-stop for us!

And, you won’t believe it…or maybe you will, but we’re supposed to get snow tomorrow and Wednesday. I can’t even go there right now, especially after having such a gorgeous weekend.

So, before we haul out the boots again, here’s what we’ve been up to:

1. Of all the performances we caught last week, Joe’s concert was the biggest and the best. It’s so awesome to watch him in action. I did catch this not-so-great photo from my seat, ushers be damned.

One of the pieces they performed didn’t even use a conductor. It’s a piece called “Cave” and used special lighting and choreography that Joe coordinated. You can watch a video of the performance that’s posted on the Marching Band’s Facebook page.

2. Night at the Museum — Our friend Chris opened an exhibit at the USU art museum with several of his colleagues from the UK. They are part of a grant that’s exploring Theosophy. The exhibit was very well done (no photos allowed) and was followed by a string quartet recital, which was really great. Here are a few photos I caught of the beginning of the exhibit before the docent yelled at me.

3. Blood Moon — Did you guys stay up to catch last week’s Blood Moon? I didn’t. Even on Utah time, I couldn’t stay up that late on a work night. But, Joe did and got these great shots with my “purse camera.” It was a nice surprise to find them the next day.

4. In some sad news, one of my all-time favorite authors died last week. Gabriel Garcia Marquez was known for his magical realism, but it was his beautiful descriptions that made me fall in love with him first. I don’t re-read many books, but his 100 Years of Solitude has been in my hands at least five times and will forever be in my top five books. I’ve read many of  GGM’s other works, but nothing holds a candle to 100, in my not-so-humble opinion. Here’s his NYTimes obit…The Conjurer of Literary Magic. I love it. I know this sounds strange, but I feel honored in a way to have lived at the same time as him. True Greatness. Please go read his works.
5. In more sad news, Friday was the 19th anniversary of the Oklahoma City Bombing. I guess as an Okie you never get that date out of your head. What a horrific day for my lovely home state. I think next time we’re in Oklahoma I’ll take Joe to see the memorial. It’s been probably 12-13 years since I’ve been there myself.
6. And to leave you on a happy note, we took Bella back to the dog park this weekend. Here are the highlights. This collie was the biggest “mother hen” of a dog. Always trying to keep the peace and everyone in line. Bella was intrigued by her bossiness. 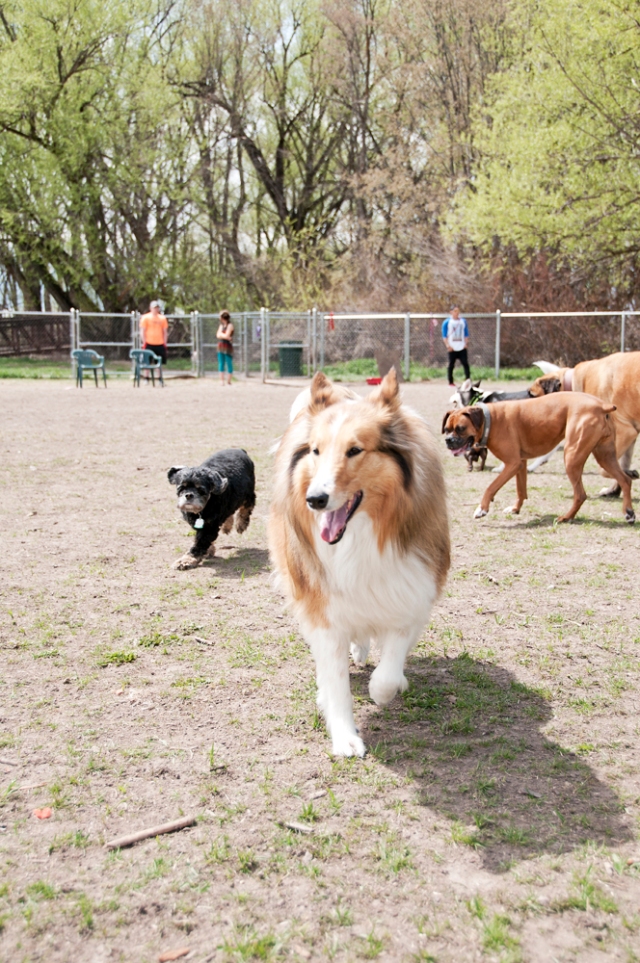 Look who was there! Her old friend from the week before.

The biggest and the smallest: 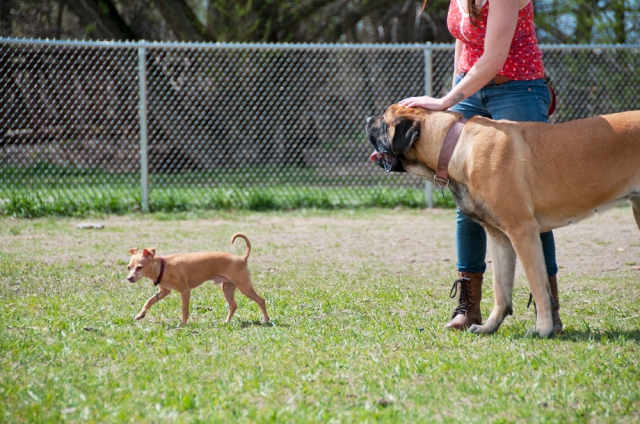 Here’s to another busy week, this time with snow…April snow showers bring what?