Yesterday my sweetest little had her {belated} birthday dreams come true…by going to see Alton Brown. In person. Not seeing Sesame Street Live, like I did when I was her age. This girl is a third-generation foodie and I couldn’t be more proud. Her favorite show, Cutthroat Kitchen, is also a favorite of her Mikey Joe’s.

She and her momma had front row seats to the action. You can even see her on the far right in this pic from Alton’s facebook page! Lily, you’re famous!!! 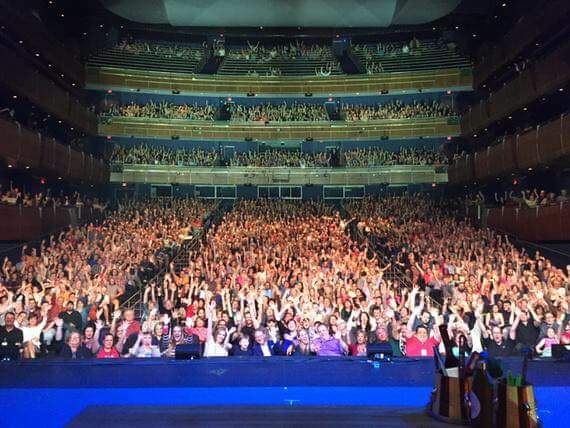 In honor of Lily’s celebrity chef dreams coming true, here are some of the food-ish celebrities Joe and I have met.

Okay, so not so much Food Network, but she did host The Biggest Loser for a bit, so that’s kinda food related, right?? We spotted her on a Sunday at the tourist center in Lucca, Italy. She was checking her AOL account with her boyfriend, having just come from the plane. Frankly, what I remember most is thinking “Caroline Rhea uses AOL?!” 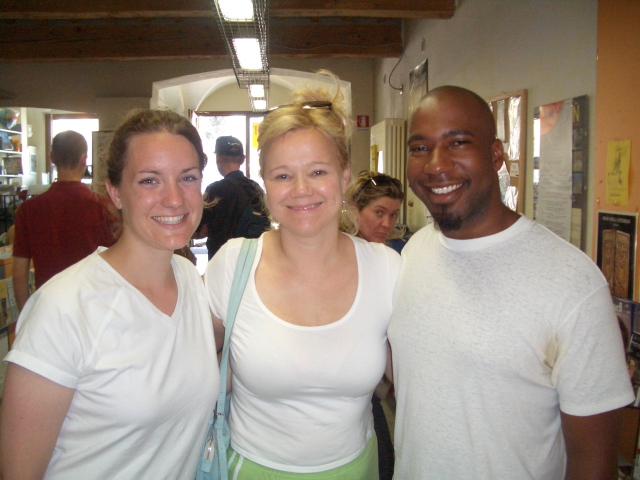 Ugh, I hate that this guy had a show on Food Network…”What Would Brian Boitano Make?”  The. Worst. We also met him in Italy and before going over to say hi, I asked Joe how much he’d give me if the first thing I asked was “did it hurt when you hit your head on the diving board??”  I don’t think Joe quite knew what to do with me in those early years…because now he’d probably pay high dollar for those kinds of shenanigans.

My first Iron Chef!!! We met him in Miami at its Food and Wine Festival in 2011. Spec-tac-u-lar night. He was so kind and talked to us for a while, despite the growing line. I want him to make me gnocchi.

When we met him (at the same festival in 2011), his season of The Next Iron Chef was airing and I didn’t know at the time that he’d eventually win, but I begged him to spill the beans. Also, the girl in front of me in the greeting line was totally disoriented and when she got to the front she asked him….GEOFFREY…where Geoffrey Zakarian was. He looked side to side and said, “I’m him!” and she just said ‘ok’ and left. He was baffled. I was baffled. And when I stepped up we were both laughing so hard that he grabbed onto my shoulder for support. It was a magical moment. No one puts Geoffrey in the corner.

When I told Lily that we had met Alton Brown in Miami at a book signing, I knew the proof was in the pudding, so I sent her these pics. Her responses included:

“That’s cool that they got to meet him, I’ll ask him if he remembers them.”

Hahahaha! What I remember most about this night was how hard it was raining, so hardly anyone showed up for the talk. It was in the building I worked in, so Joe met me there and we sat on the front row like we owned the joint. He just sat right in front of us and we all had a nice chat about what kitchen tools he’d want on a desert island, how to correctly pronounce “Lodge” when discussing cast iron products and which food network chefs he can’t stand…and the very few he respects. It was all very snarky and authentic. We had a great time. Then when it came time to take the photo, I told him we should say “Welch’s” on three. He laughed and said, “I do, but you don’t.”

Honorable Mention: Meeting Jeni, who isn’t on Food Network or TV, but a huge food celebrity to me!