It’s baaaaaaaack. Football. Did you know there’s a section of greeting cards just for me during this time of year?

Quick recap: Tonight brought the NFL back into our lives and last week was USU’s first game of the season. Tomorrow they head south to play the Utes (on ESPN2 for those that want to tune in). Our next home game isn’t until October, so I wanted to share a few highlights from the start of the season before we have a few weeks off and I push football from my mind. 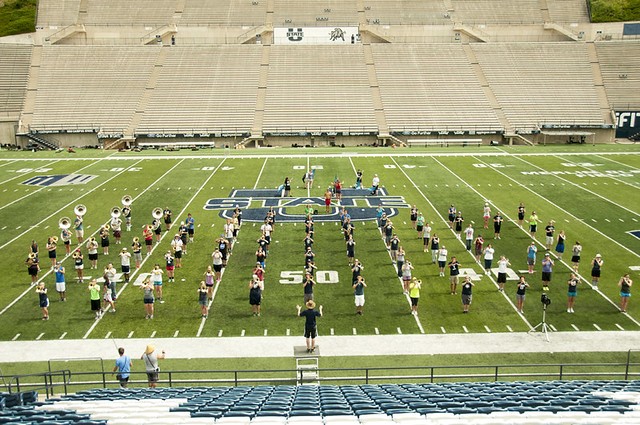 I was able to catch their first rehearsal in the stadium, which is under construction and, at the time, littered with wasp nests. I didn’t last long. 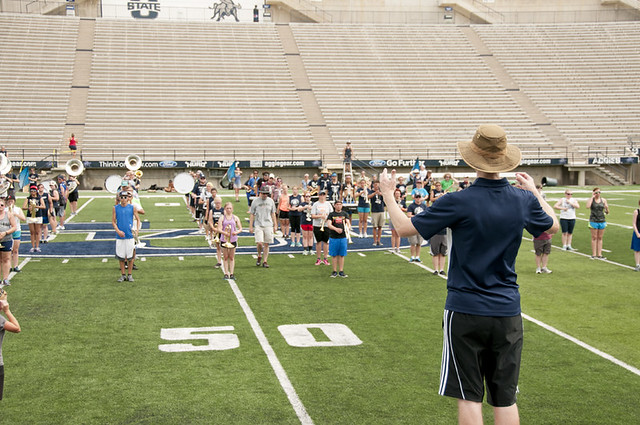 I do love seeing Joe in his element, though.

The first game was a mere four days into the school year, which felt all kinds of too-soon for me. It didn’t help it was also a Thursday night. And a storm was hovering practically over the stadium parking lot.

The band rocking pre-game. Missing: ticketholders and the top half of the stadium. 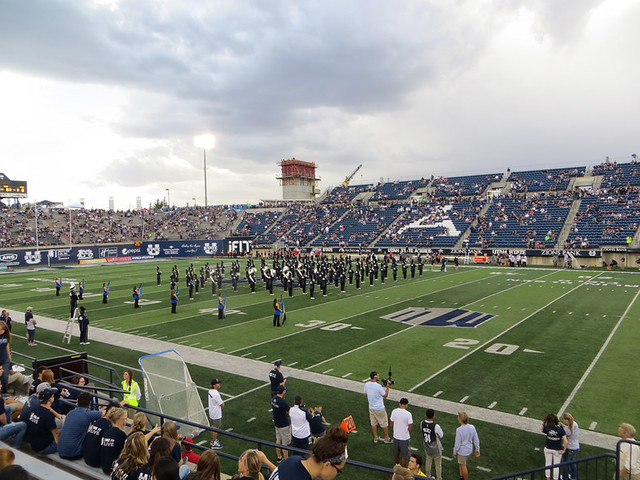 I was joined in the stands by friends and fellow music faculty: Chilali, Jason and John. They made the game so much more fun. 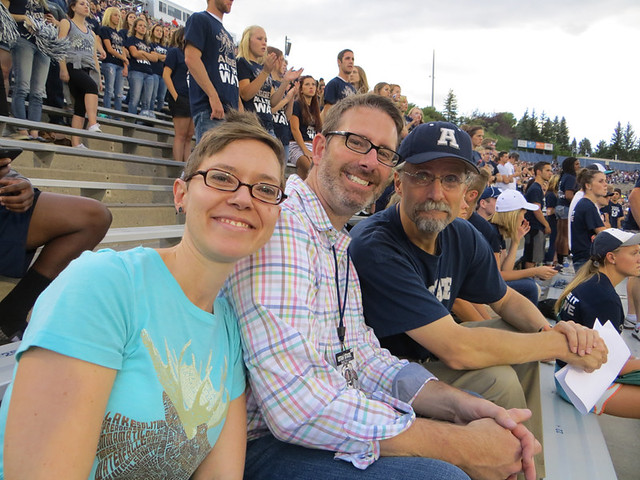 Especially when I convinced Jason to “milk the cow” during The Scotsman. 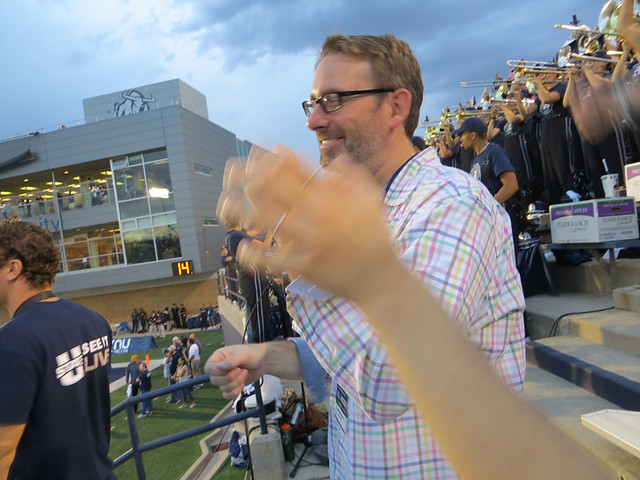 New this year was the very hot, very intense flames that the team runs through. It was hot from where I was sitting, so I can’t imagine what it’s like to run through it. What was wrong with just the inflatable helmet?? 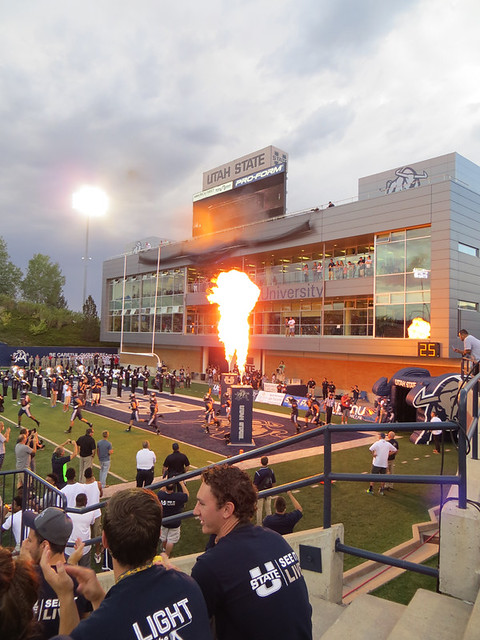 I spent more time tracking this rain cloud than I did the low-scoring game. (Seriously, the score for most of the game was 9-5, SUU.) 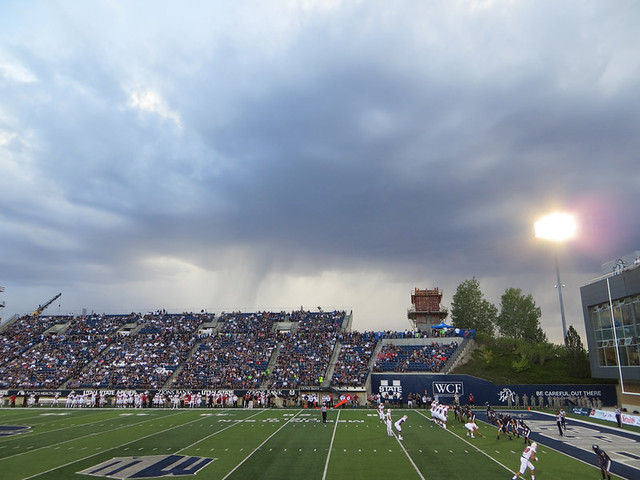 But it made for a gorgeous sunset. In the age of Instagram and Photoshop, I present these to you….WITHOUT FILTERS! *gasp* 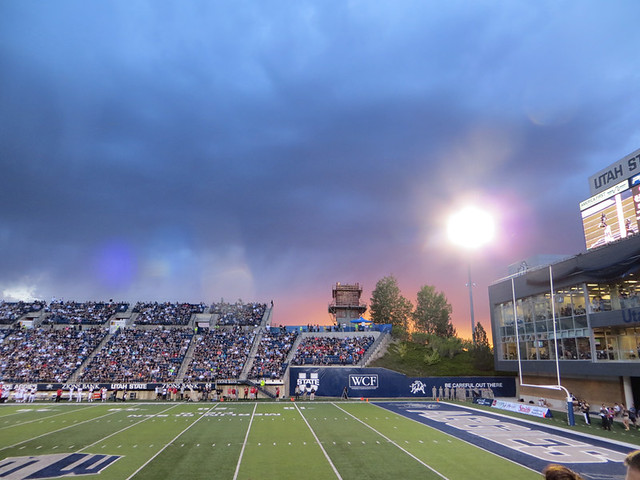 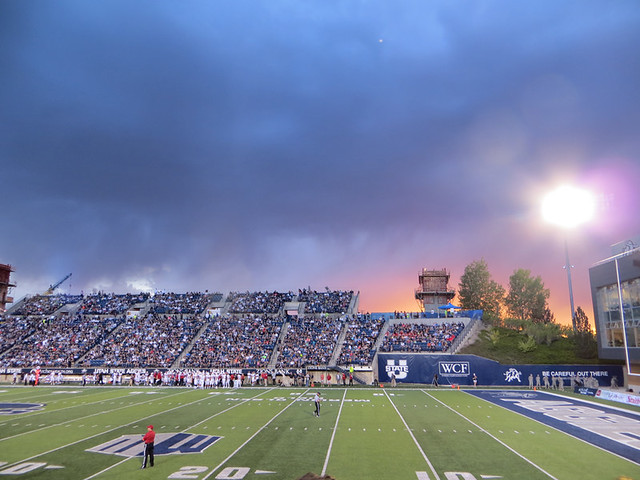 We moved to the opposite side to watch halftime, which gave me a bird’s eye view of the student section, which is always entertaining. Storm Trooper Aggie was my favorite. 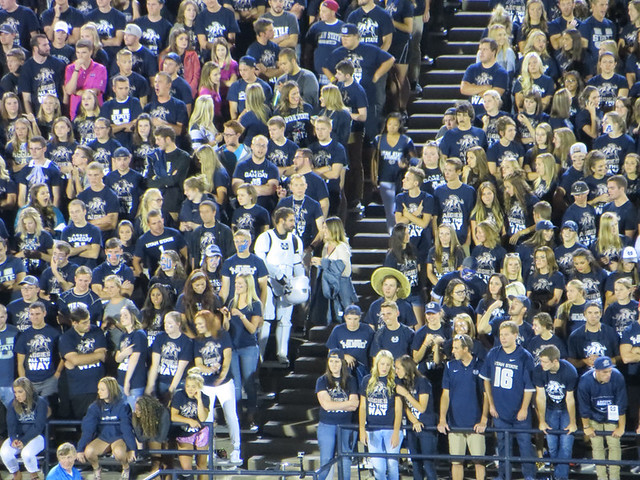 Halftime was great! The band is the largest it’s been in years, which is awesome. 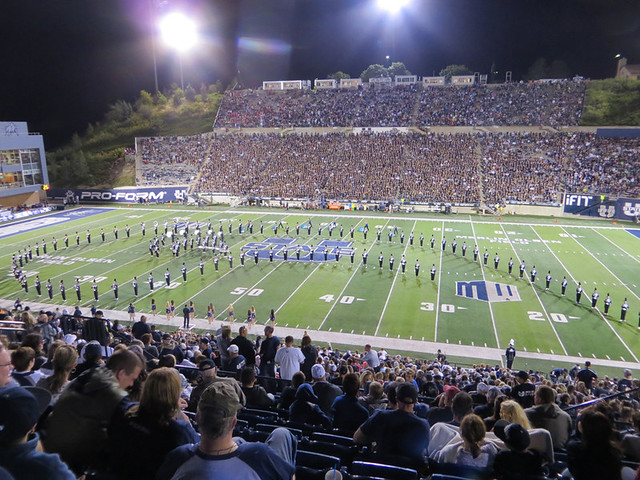 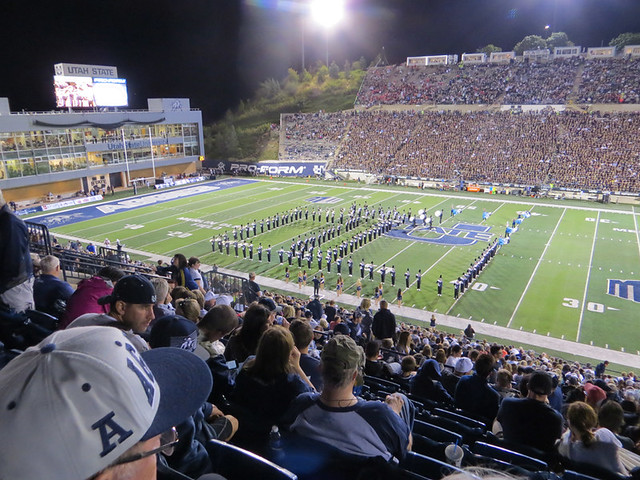 We ended up winning 12-9. Hopefully our offense will buck up or this is going to be a long season.

I predict the next game will bring sweatshirts and mittens and blankets. It’s getting real…real quick. Happy footballing, everyone!