When I was little I used to listen to my dad dictate his patient charts and referral letters. I’ve listened in as he’s described various masses and amounts of bleeding and removals of this and that, but one thing has been constant: his sign-off.

“Thank you for the referral of this patient and allowing me to participate in his/her care. Sincerely, Ronald E. Jackson, DO, FACOS.”

The FACOS part always made me laugh…probably because it rhymes with BAC-OS, our family’s choice of bacon bits.

But now he gets to add another fancy acronym to that moniker after being recently inducted to his high school’s Hall of Fame!

A few weeks ago he was reunited with his senior year basketball team, who used to look like this:

The team, which also includes my Uncle Gary, was being honored for its undefeated 1968-69 season which resulted in a Bi-District Championship. Their trophy stands proud in the athletic department’s display case. 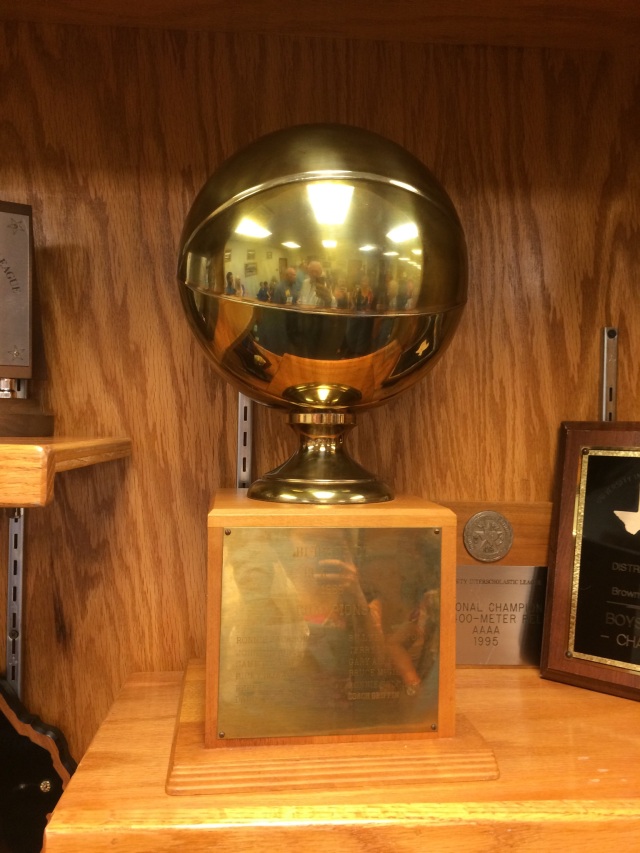 <Things That Never Get Old: Going with my Dad to his hometown and hearing everyone call him Ronnie.>

And while this was the basketball team, the induction took place at the school’s Homecoming Game, so my Dad got to channel his Friday Night Lights days of also being a football star in Texas.

Still standing with the cheerleaders! 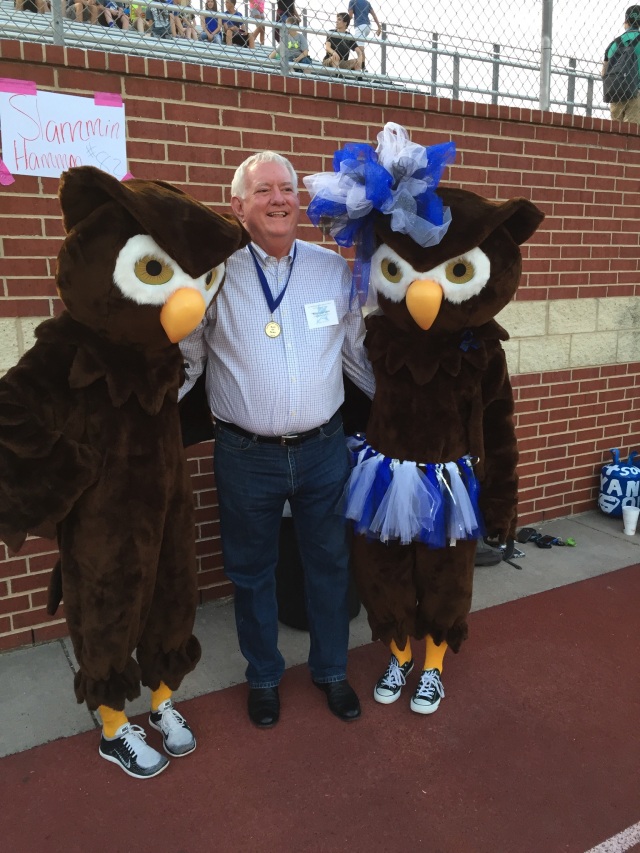 Proud of you, Dad! Congrats to you and your team! 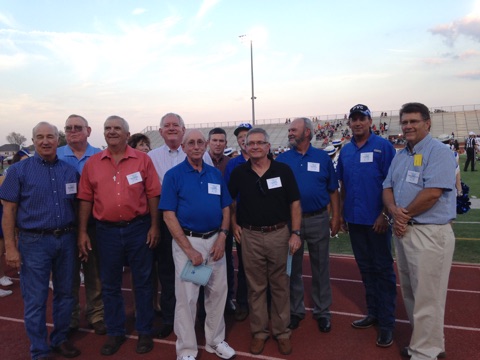 While I don’t think you’ll actually be challenging your FACOS any time soon, maybe we can all just call you HOF instead?