The final piece of the Oklahoma puzzle! Picking up right where I left off…

We had a belated birthday celebration for Lily right after Bryan and Robbi’s shower. Our little reader got a slew of awesome new books, including one of my faves (Nancy Drew) from one of my faves (Memaw). 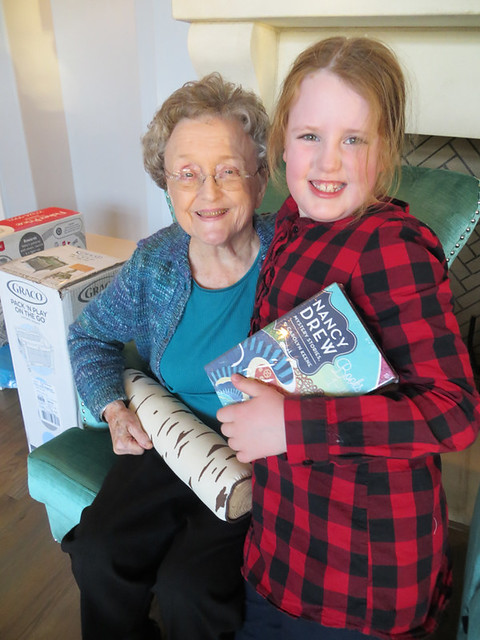 We went for the Yoda birthday card that made you blow out your own candles, mostly so Tim and I could try all night. 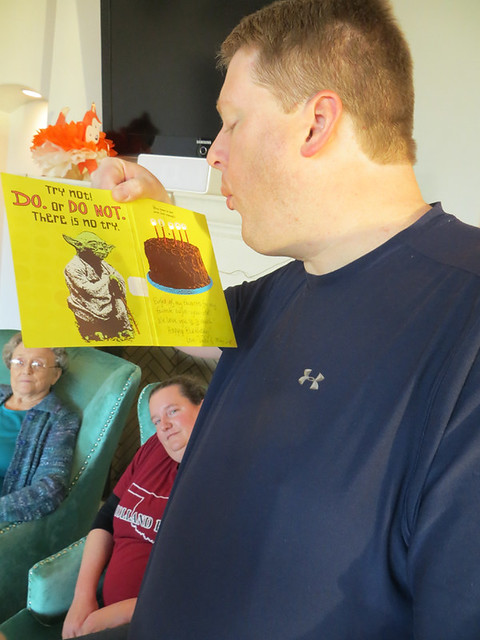 Then we just relaxed… 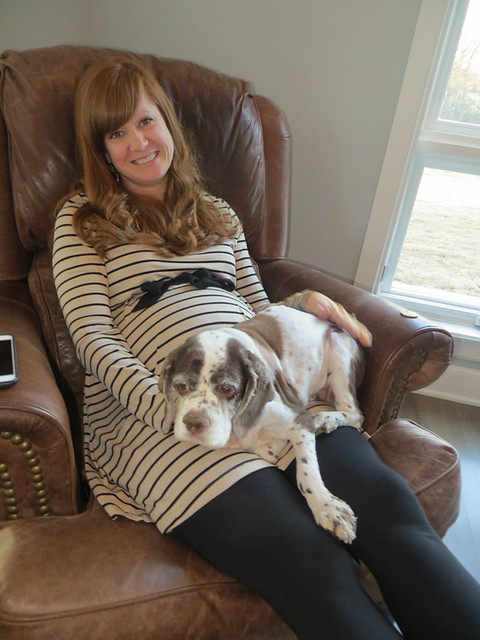 …and took awkward pictures next to our height-challenged grandmother. 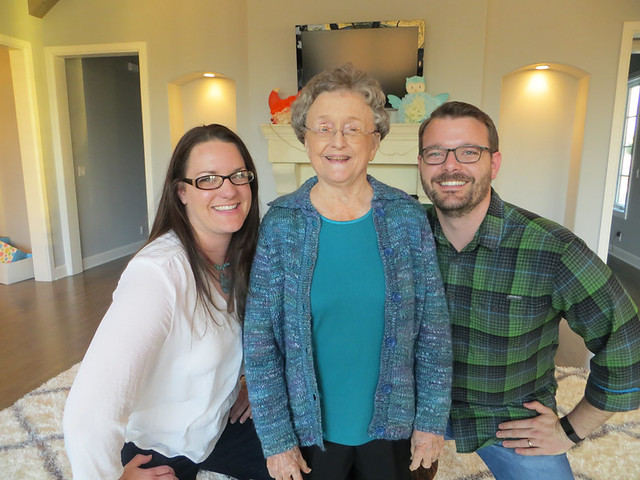 And Lily surprised me with a few photos of her own. Haha, I love this one. 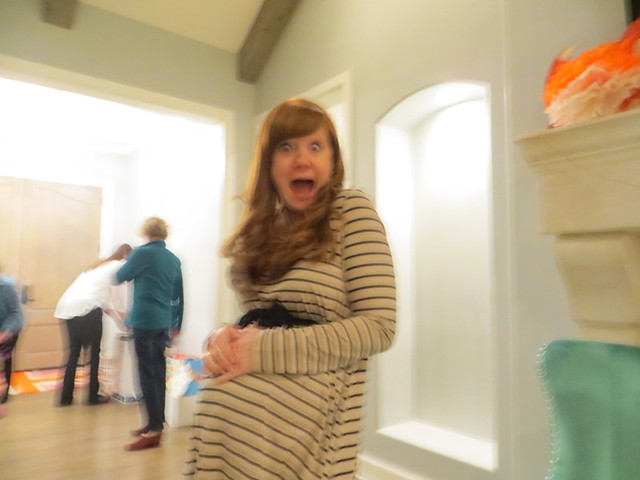 There was the most spectacular sunset that night. Their front view is A++++! 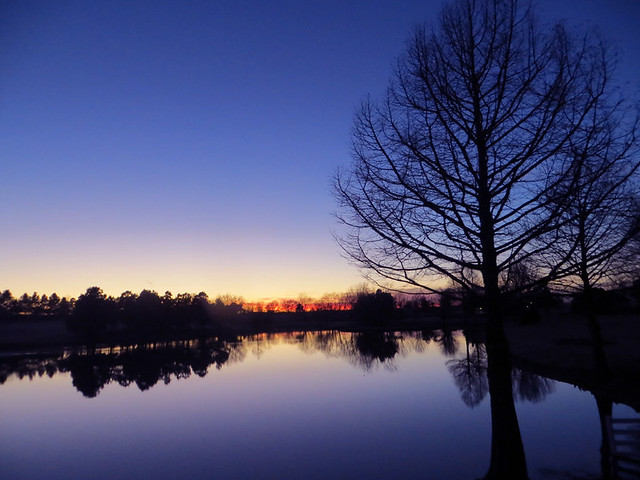 Later that night, when it was just the sibs, Lily had us pass a ball around a circle using only the body part she called out. 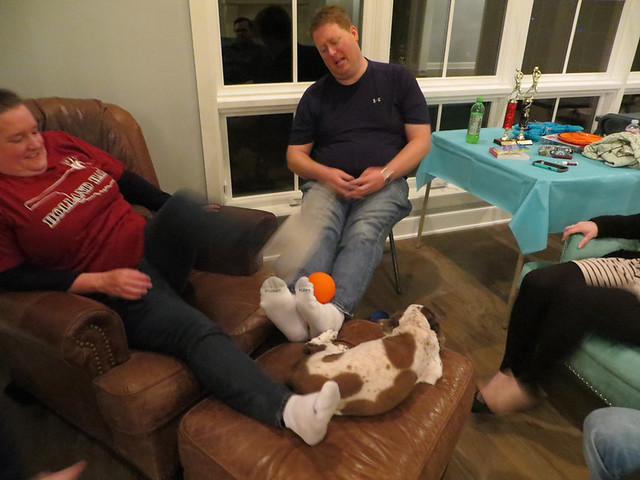 I don’t think I’ve laughed so hard in my life. 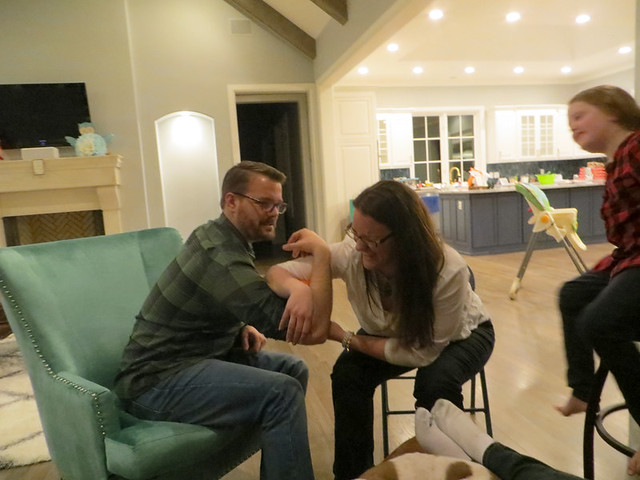 The neck one was just a taaaad uncomfortable…or awesome, depending on who was up. 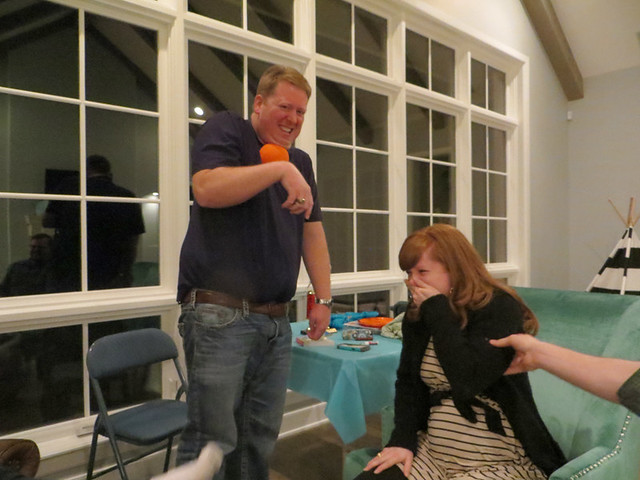 The next morning was my last with these cuties. Linc…he is so expressive. These were all taken in quick succession. 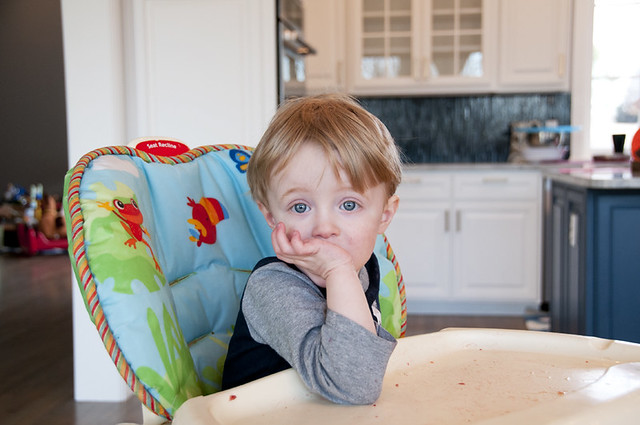 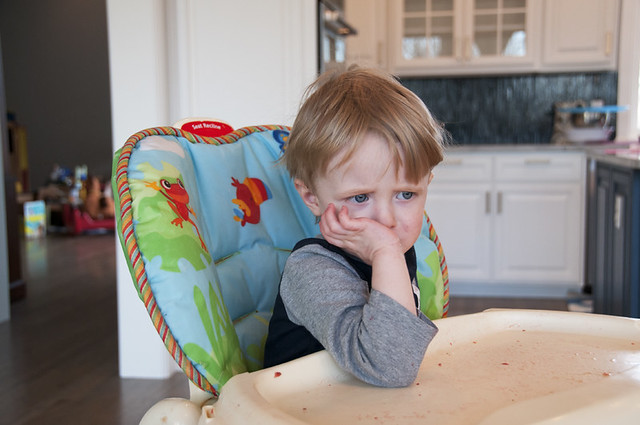 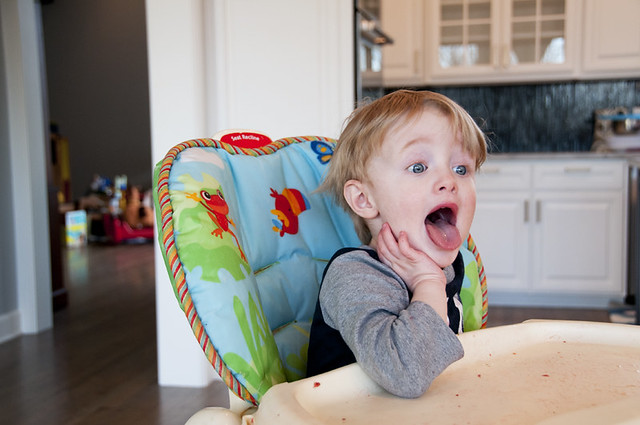 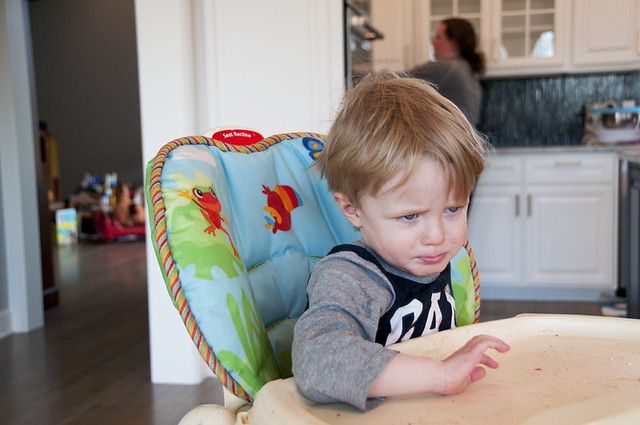 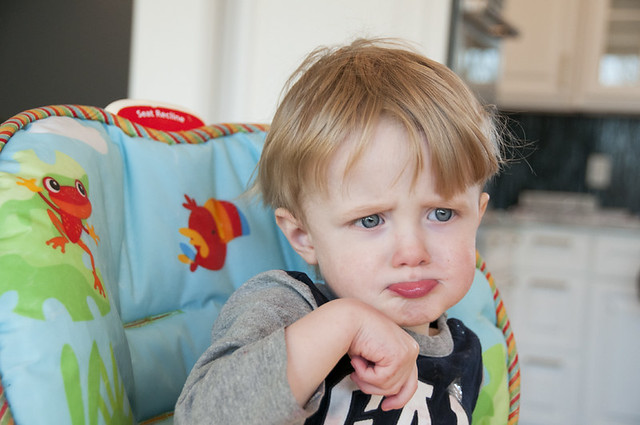 It makes my heart sing to see him and Lily get along so well. Knucks! 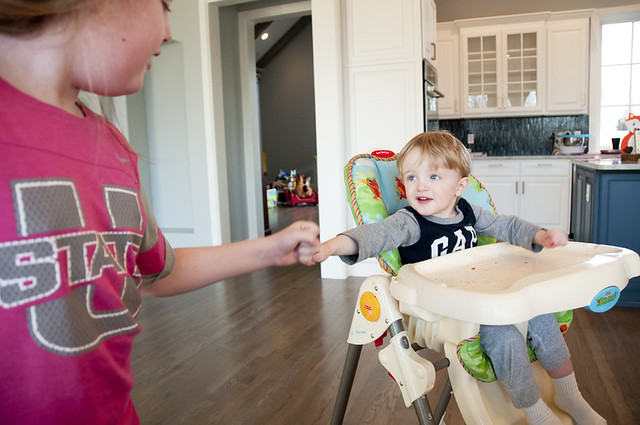 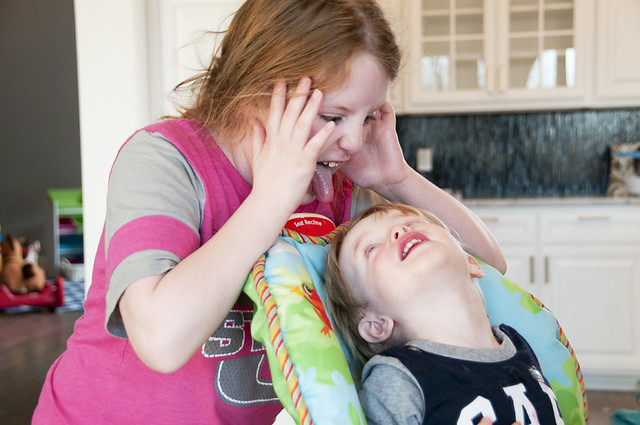 That night was the Super Bowl, which called for a ridiculously awesome spread of snacks at my Dad’s house. 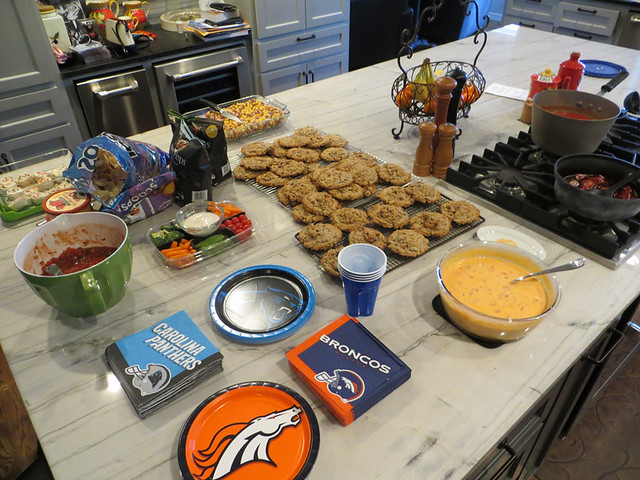 More on those cookies this weekend. They knocked my socks off.

Then I was on a plane back to Utah with my heart and my stomach so full.  And when I was walking to the baggage claim, I noticed that Sports Illustrated had copied our shower game for their cover, haha. 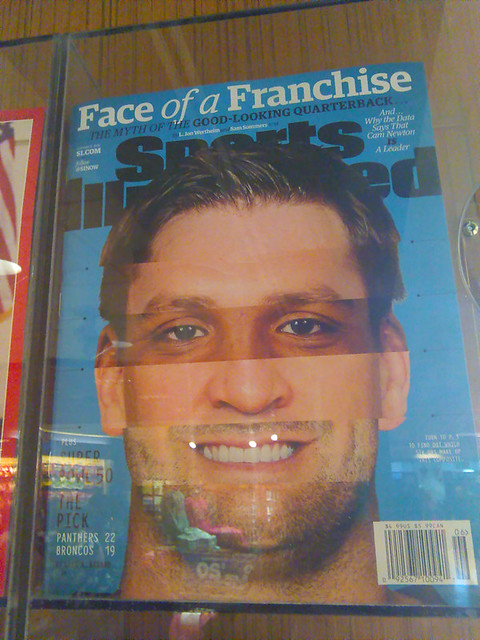 That’s a wrap on a very action-packed trip!