The last six months have been made infinitely better and easier by our family and friends visiting our new digs. We’ve been hashtag-blessed by so many familiar faces and smiles — it’s really helped what’s been a difficult transition. Here’s the rundown of who beat the snow to check out Wyoming:

The summer brought two visits by friends Chris and Chilali, with baby Tallis of course. 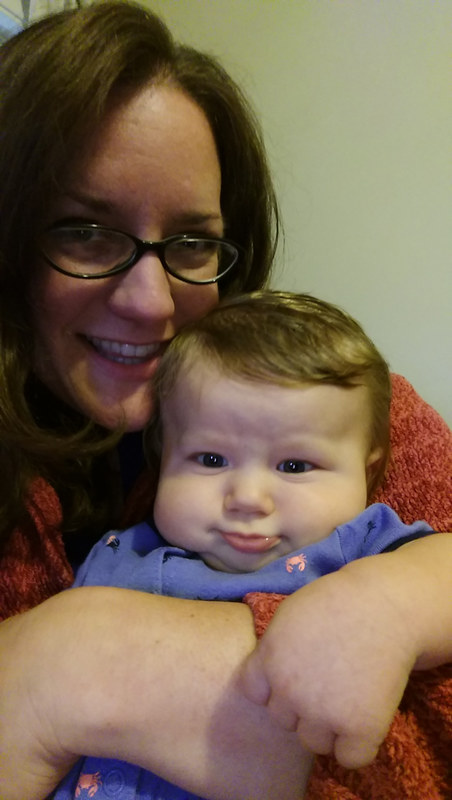 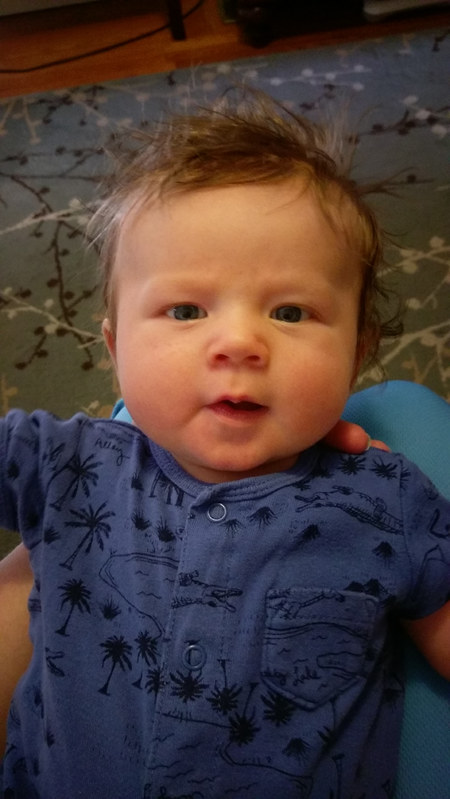 This kid is so adorable. I’d like to think I’m the Crazy Aunt for all my friend’s kids, and not just my own sibling’s. Share the crazy. 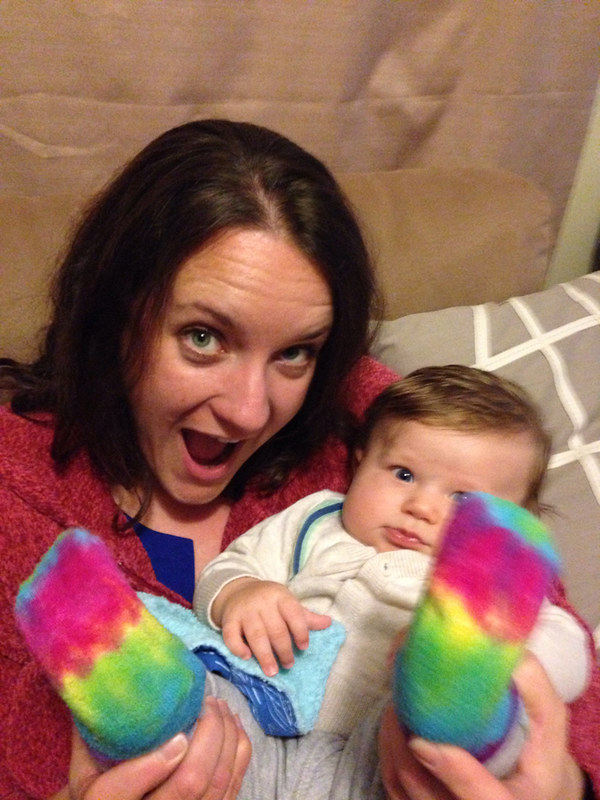 Chilali and I doing what we do best — eating ice cream. 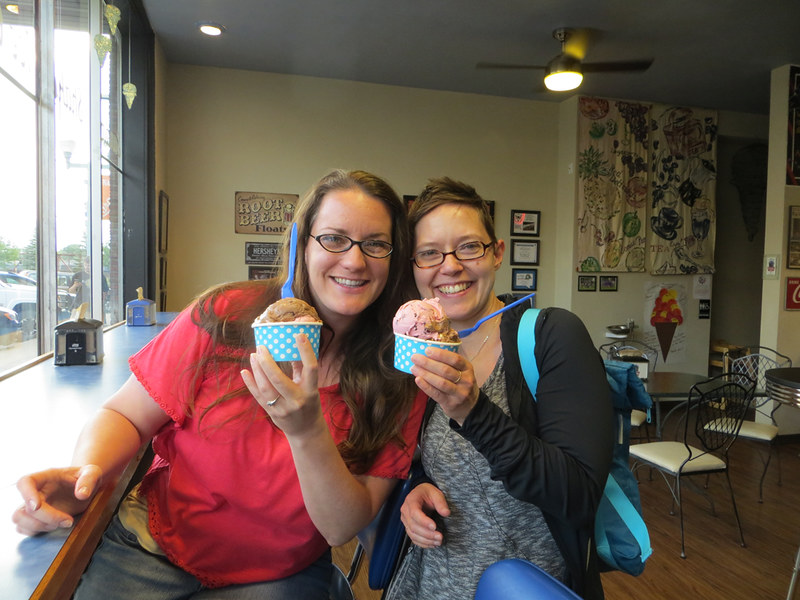 We also got to see best friends Sean and Wallis twice — the second time being a bit longer, so we could try the food rations we bought from the zombie apocalypse shopping area earlier this summer. 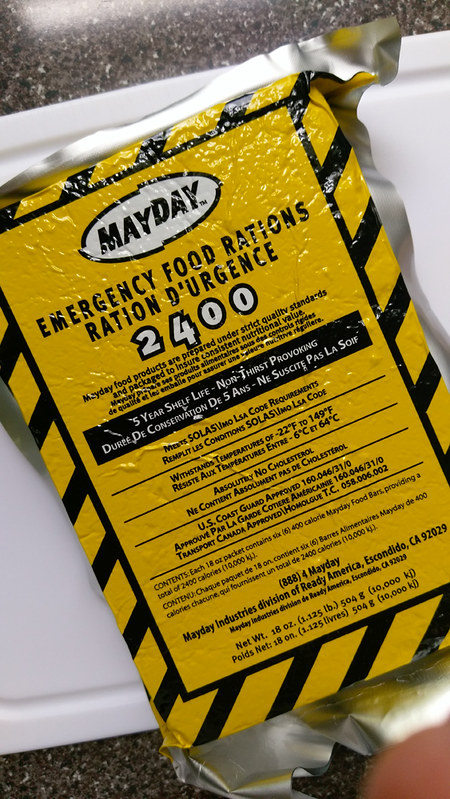 Eh, not too bad. Tasted like the outer part of a fig newton (which means I hated it). 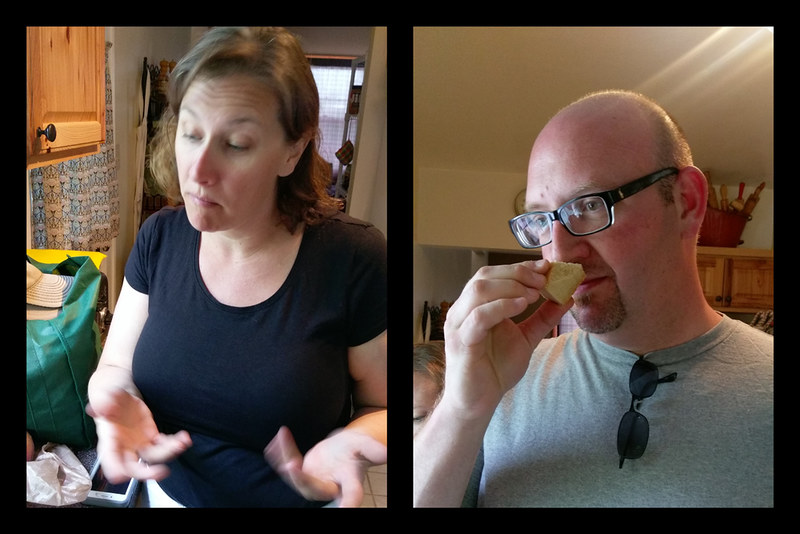 We also got to show them Joe’s new school… 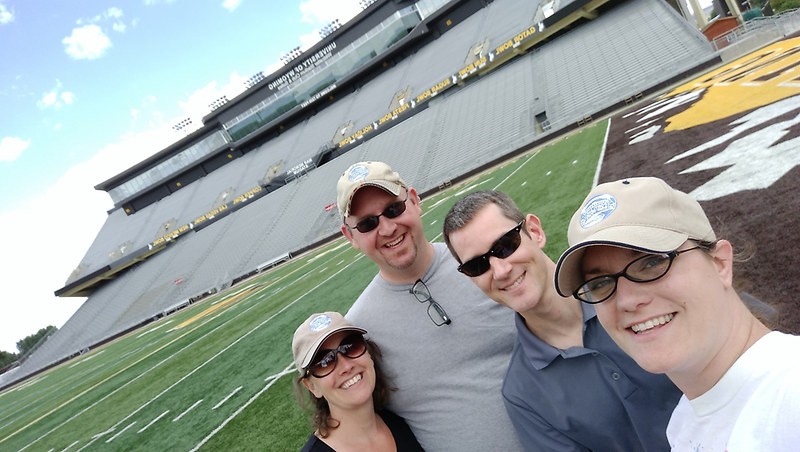 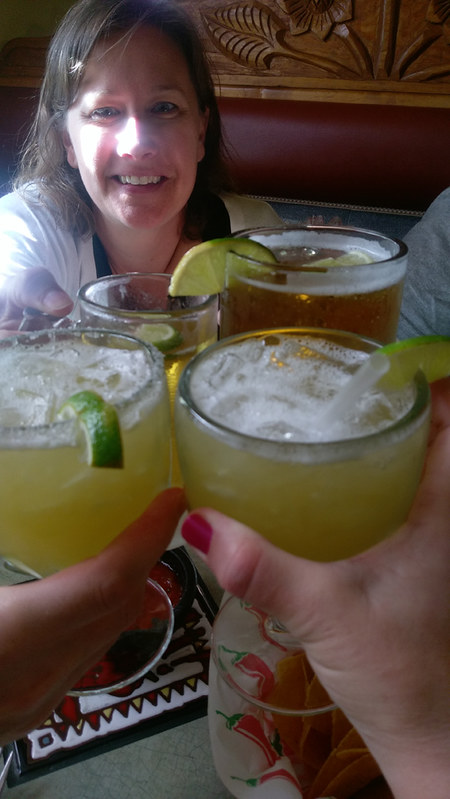 Also on the repeat-visit list is brother Lee, who helped with band camp and, later, a marching contest. 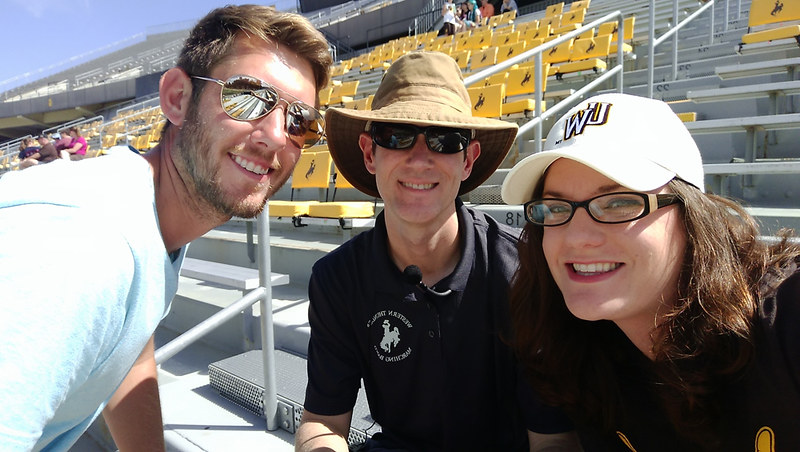 We managed to have a little fun while he wasn’t working. 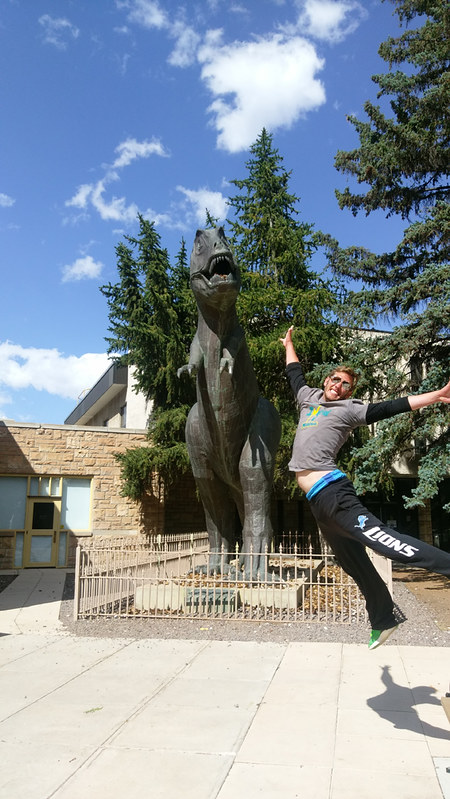 He and Bella did a lot of this. She looooves him. 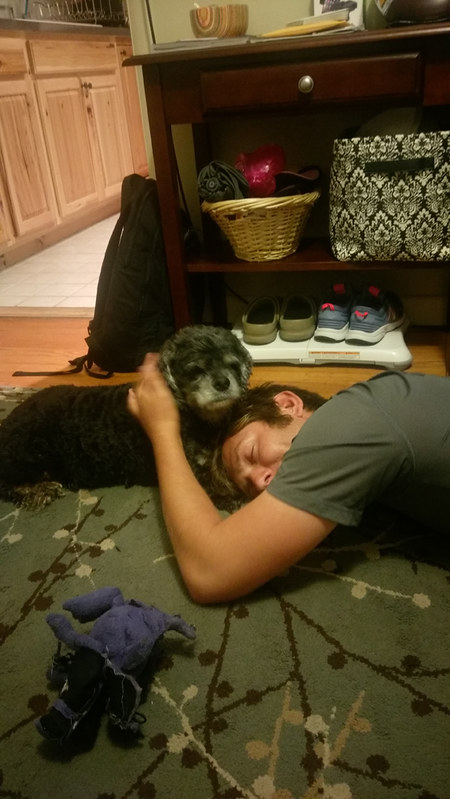 Next up was Aunt Pam! I made the Waffle Queen herself some waffles for dinner, topped with a buttermilk bourbon caramel sauce. Honey, hush. 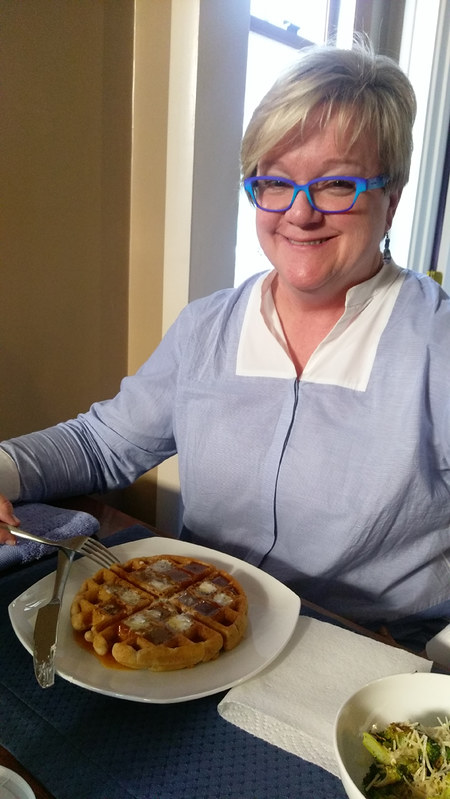 I know I look like my mom, but don’t Pam and I look alike here? We always have a great time together. 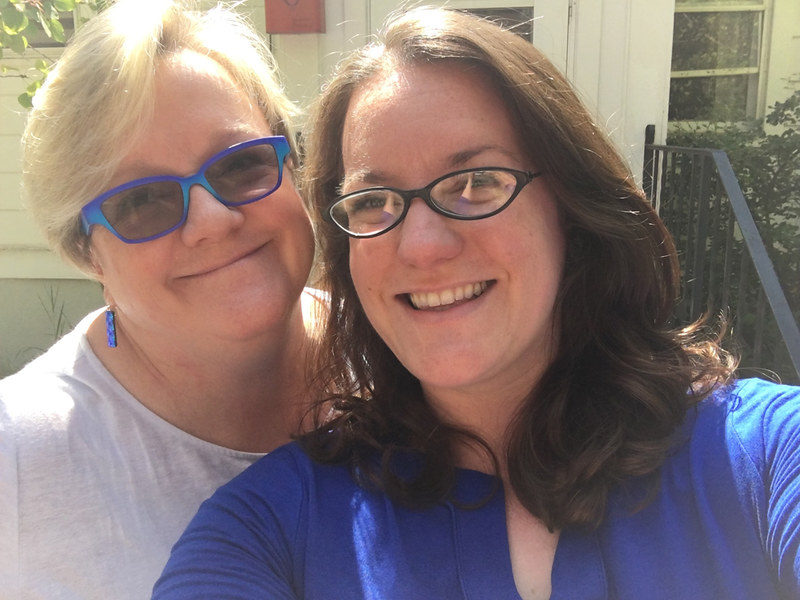 Then came my mom and Mike! 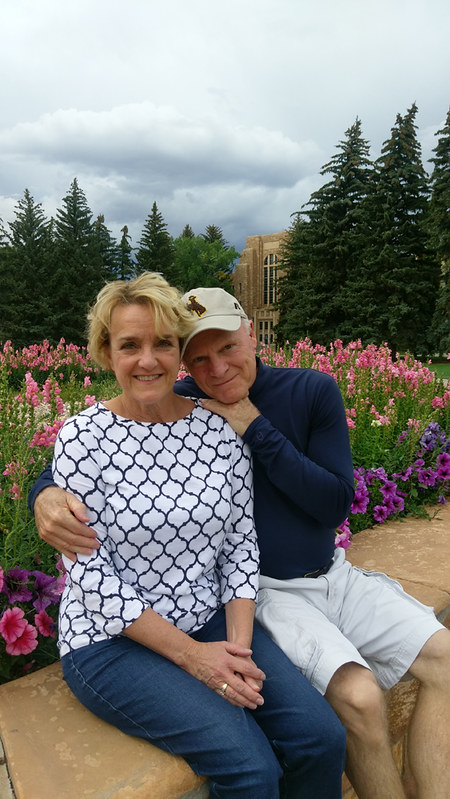 Ever the jokester, my mom brought me the animal noses from my fifth birthday party to recreate the magic before my (then) upcoming birthday. 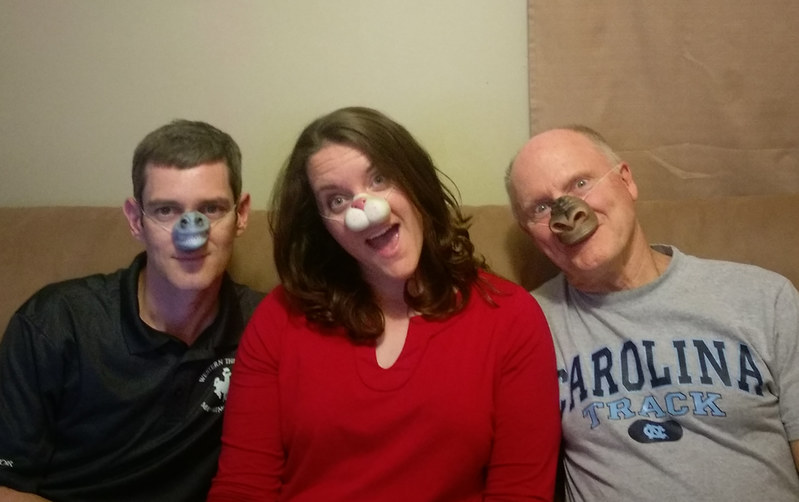 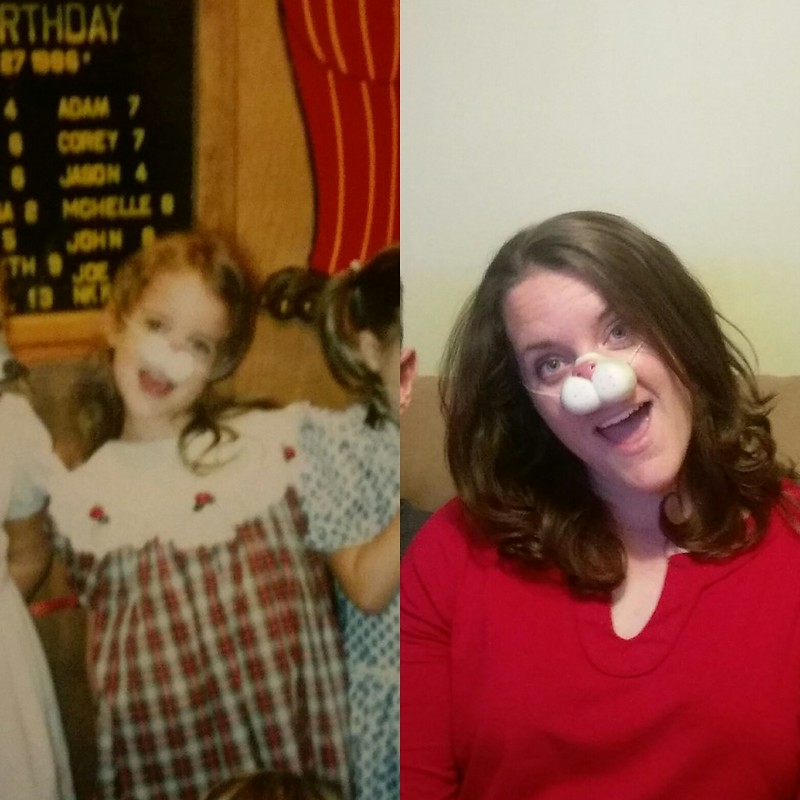 So funny. What *wasn’t* funny was the first UW football game that started at 10:30pm after we waited around in the rain, hiding under the bleachers. I’ll save you those photos. But, on a happier note, I also made them waffles. Not just any waffles, but THESE WAFFLES, which are the best thing ever. I promise. 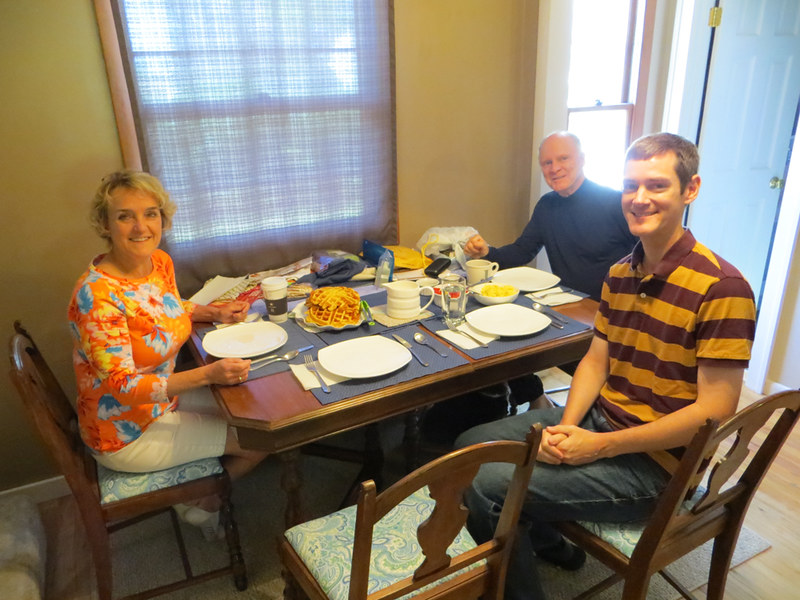 Flying in just before the weather got nasty for good, was my dad! 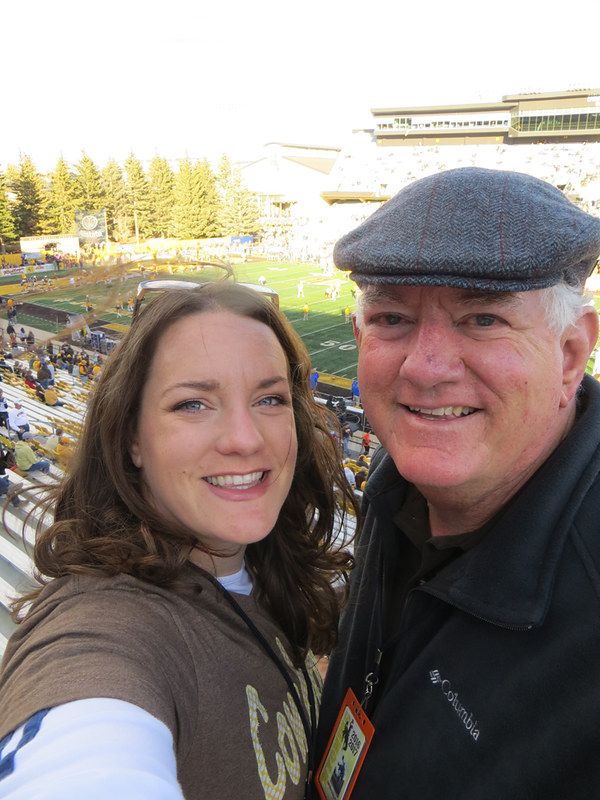 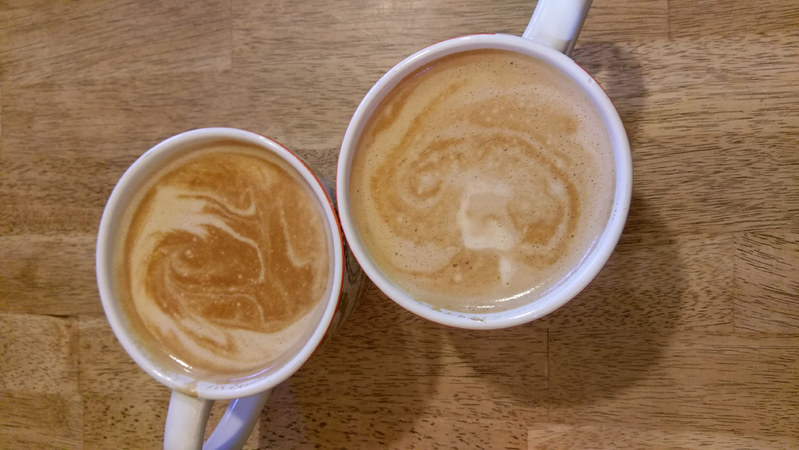 …and toured the Wyoming Territorial Prison (by ourselves — a little eerie). 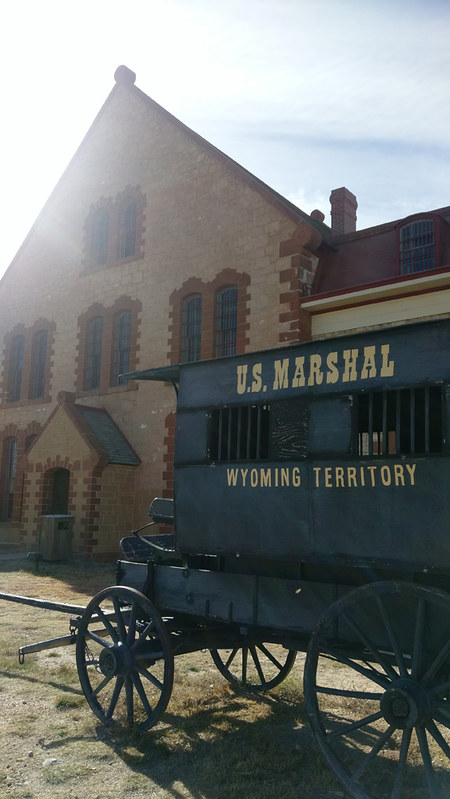 I made him a squash lasagna (I had to use sweet potatoes, because…#wyoming) that was awesome and we also introduced him to the one place that has good Mexican food in town. 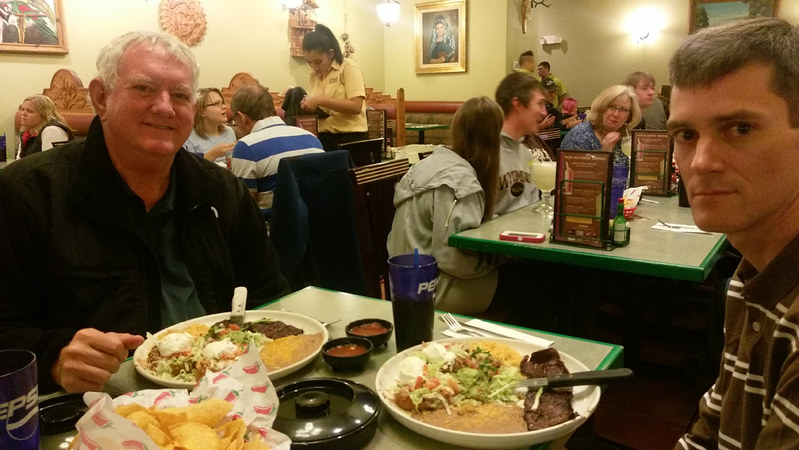 We also got to see Wyoming beat Boise State at a very cold and windy football game, but it was worth it to see the fans storm the field. 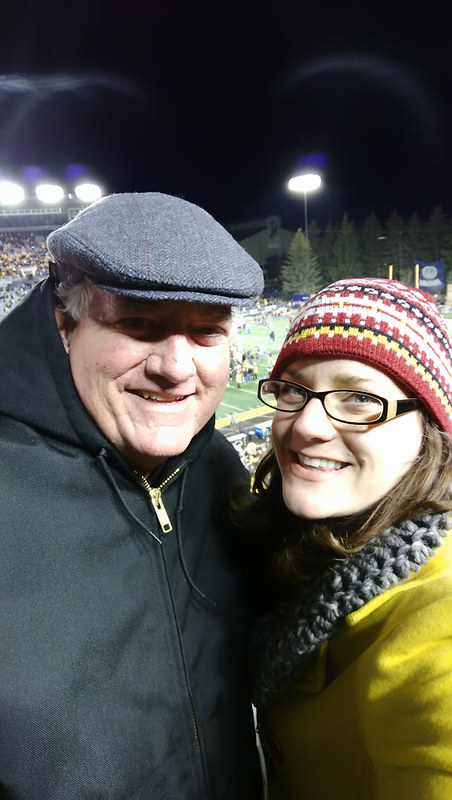 Not a visitor, but Joe did take me to Fort Collins for my birthday weekend in September. The food and weather were perfect. I especially loved Colorado State’s trial garden. It’s been our one weekend break since August, so we cling to it like a lifeline. 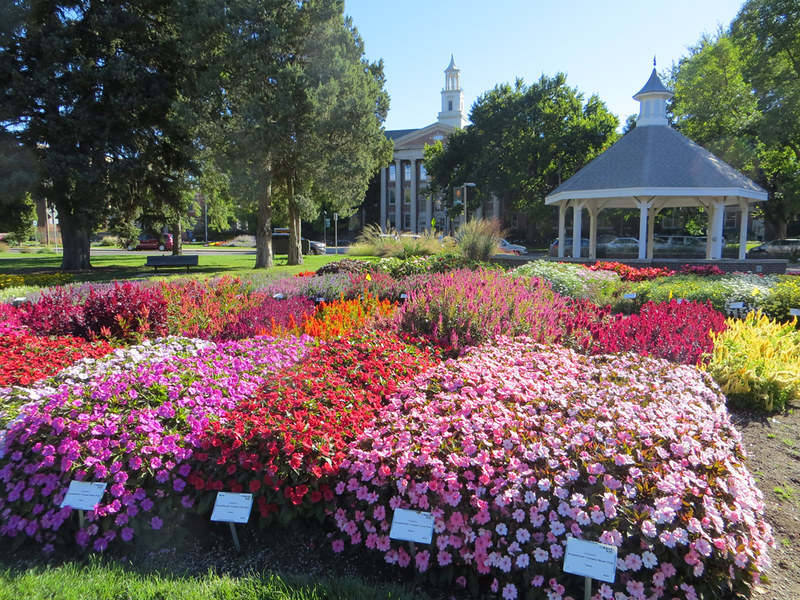 Other than that, we’ve been working, shoveling snow and going to football games. The last few saw me in the stands like this. 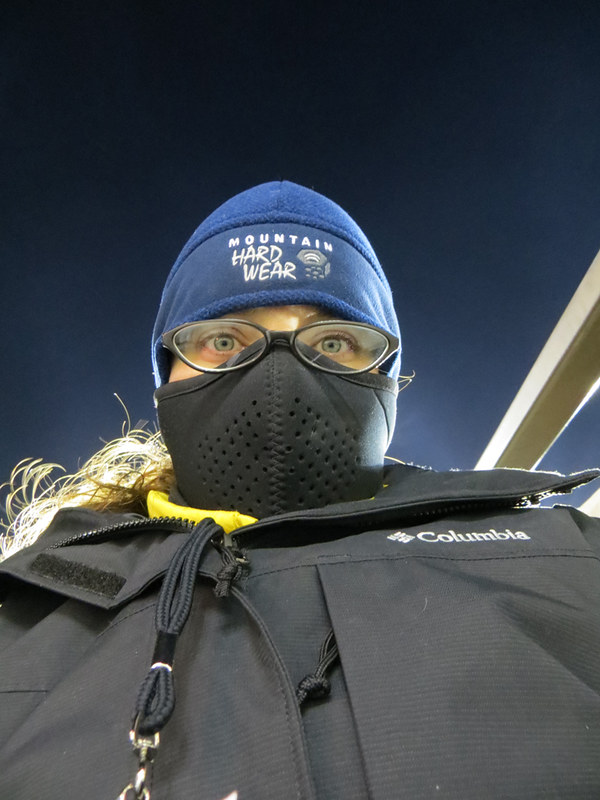 Now we’re ready for the holidays–desperately needing a break, some sleep and a lot of battery recharging. See you in 2017.