Everyone indulge me for a second and make some air quotes with your fingers. Now, do this every time I use the word “Spring.” Because that’s what Spring (“Spring”) is in Wyoming — fake. We encountered some promise when our Aspen trees started showing these little furry blooms in March. Of course, they were covered in snow/ice most of the time. Notice the branch-cicles behind it. 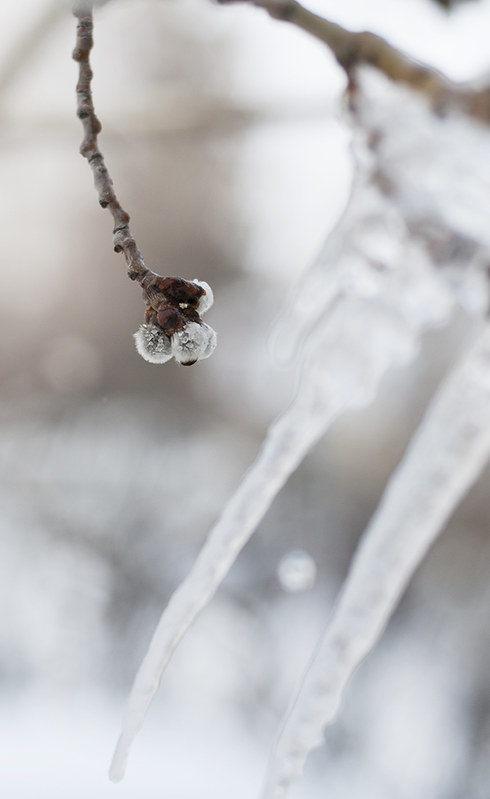 Then those grew into weird prickly, fuzzies… 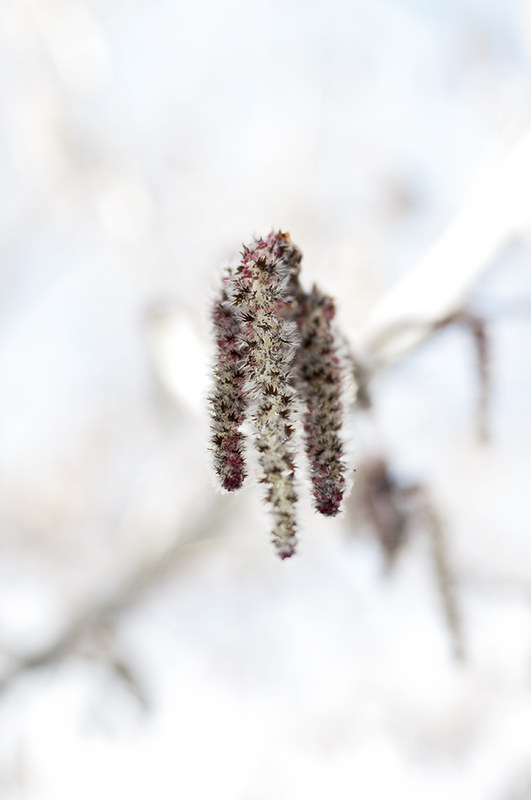 …that ended up blanketing our yard when they weren’t buried in snow. 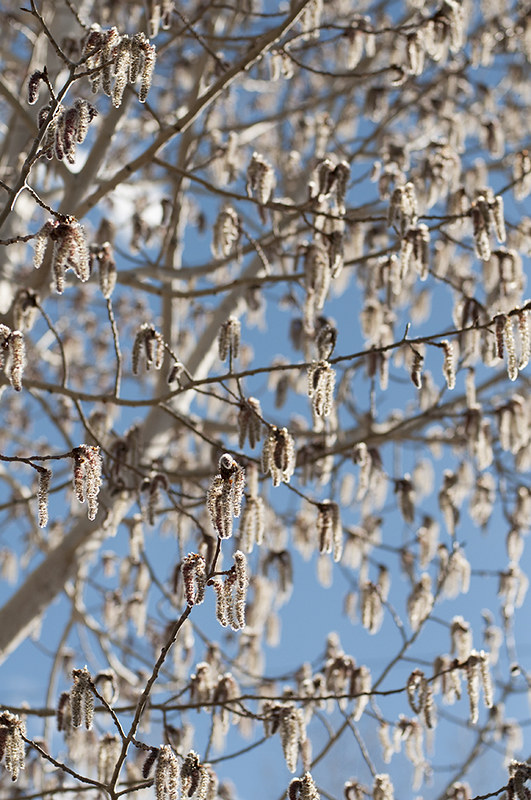 And, oh, the icicles. We had two hanging on either side of our front door — both over 5 feet in length — for weeks. Here’s part of one. It made our entrance look very menacing. I wish I had something for scale in this pic, because it’s actually two pictures stitched together and it’s not even showing the whole thing.

And they took FOR-EV-ER to melt. One single drop at a time…which I tried to capture because we literally just heard that tap-tap-tap non-stop for weeks. 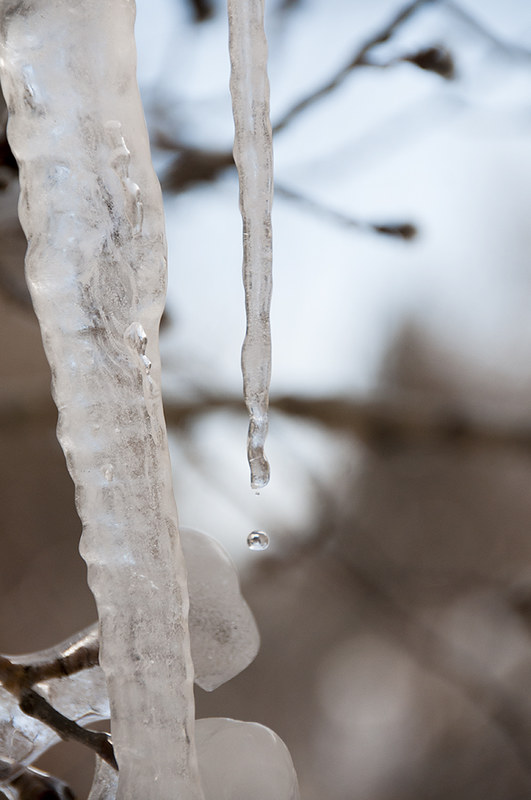 But here are the April pictures, and probably the most realistic of what we’re experiencing this Spring. There are no flowers here, but we do have these cute little blooms on one of our other trees. Blooms and snow, people. 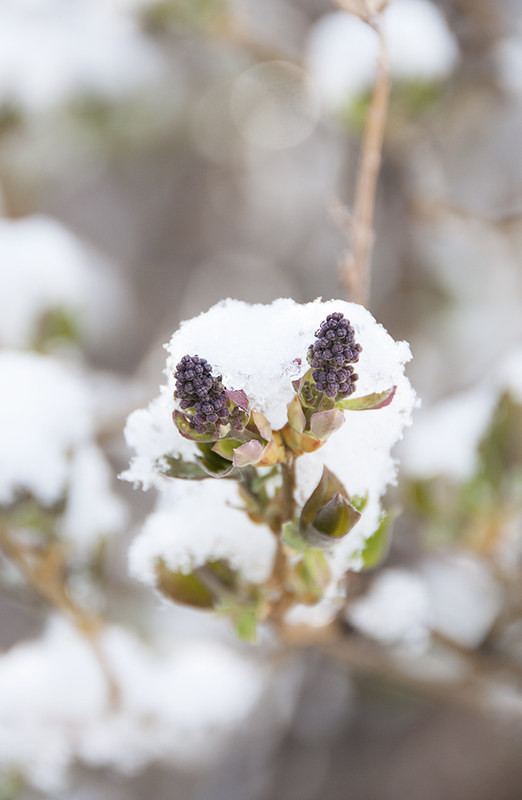 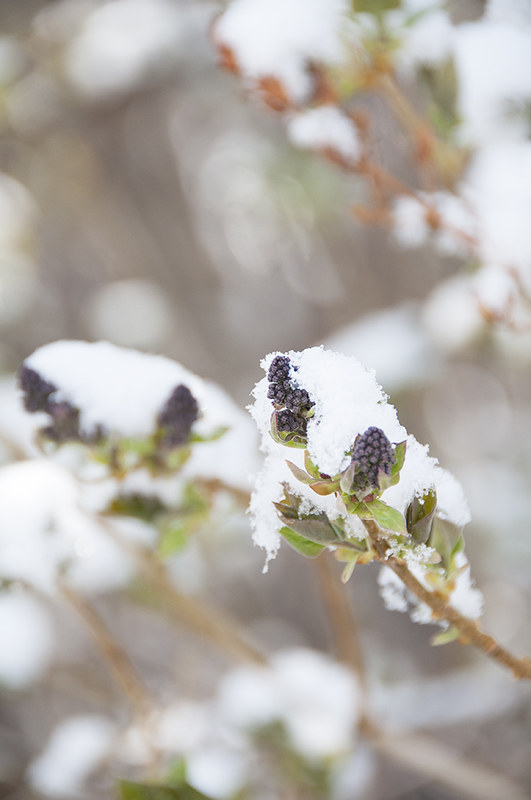 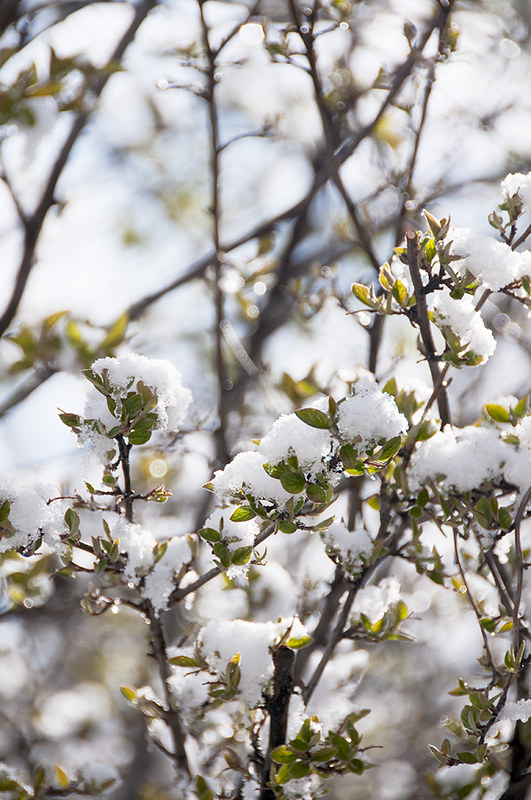 And here’s the crazy storm we had last week for reference. Sorry for the quick cell phone pics. Normally you’d be able to see Joe’s car from our front door, but the trees on either side of the sidewalk were leaning close to the ground from the wet snow. 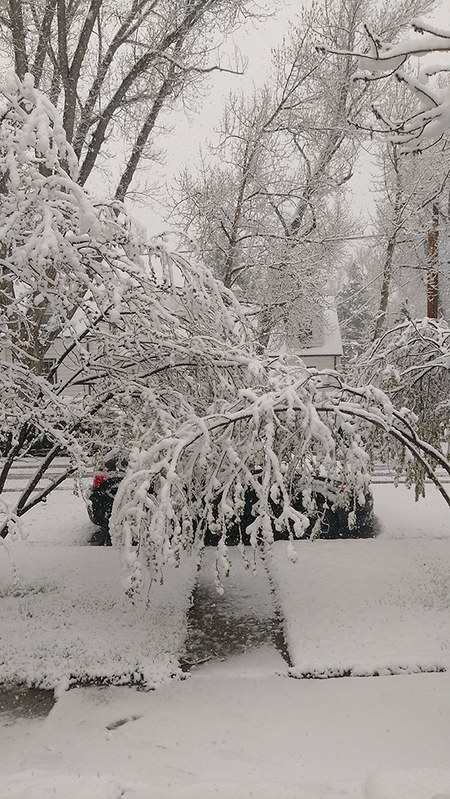 And here are more branches leaning on the brand new windshield I had installed the week before from, what else, snow. 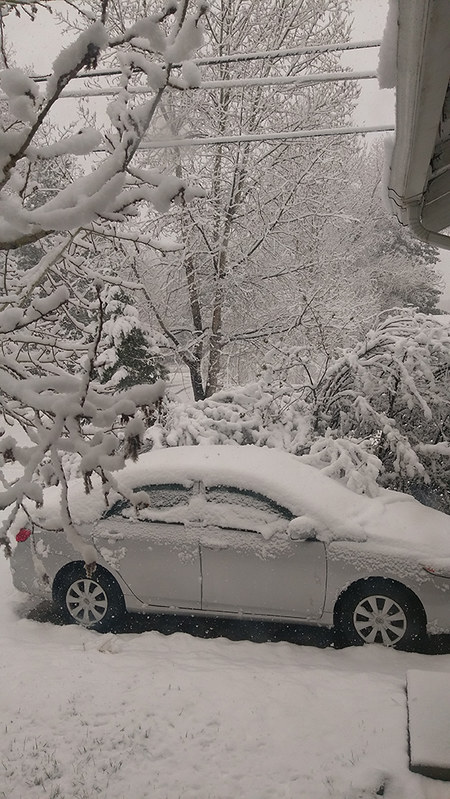 Everyone says it’ll be better by the end of May. Until then….

Let’s talk books! Not the best quarter for quantity, but I was happy with the quality and the fact that I’m knocking out my goal of reading all the books of my shelf I’ve never read. It feels so. good. Especially when Joe and I are totally embracing this minimalism lifestyle. We are on quite a roll right now tackling clutter (what I actually gave up for Lent this year) of all kinds — physical, digital, emotional. You name it. We’re an army of two right now and it feels amazing. Here are the books that have helped keep me sane this Spring:

1. The Fate of the Tearling, Erika Johansen

I’ve been waiting for this book–the final installment of the Tearling Trilogy–for a very long time. I read the first two books (here and here) almost back to back in late 2015 (and LOVED them), and then I had to wait over a year to see how it all ended. Early reviews were tepid. No one really liked how she handled the ending, and it made me nervous/sad to actually dig in. But, I was pleasantly surprised. I didn’t really have any expectations of what should happen and I certainly couldn’t predict the direction she went, but that was fine with me. I was just glad to have some peace with it and I still think it’s a fantastic series.

2. The Collected Stories of Eudora Welty

I don’t even know if I should add this here, but I did read a few from The Wide Net series so I guess it counts. Nothing blew me away and I actually had to put it down because the one I was reading last was so slow. I still have quite a few to get through, so maybe I should just give myself permission to skip any that spark little to no interest after a few pages. To be continued with this massive book.

I’ve heard there are two kinds of people: those two think Catch-22 is a genius masterpiece and those who abhor it. I’ve been moving my parents’ old copy for years and never cracked its cover, so I was excited to see which pole claimed my name. Love or hate? Genius or ridiculous? Good news, everyone. I’m in the genius category! (*wink*) It does take a certain kind of mindset to read it, but wow is it funny and so relatable too. I think the madness experienced by those soldiers is similar to the madness one can feel working in non-profit or even academia. Things we know a little about. But I found it genius to the core. Those who have read it, tell me what you thought!

And because I just couldn’t stop, I also read Catch-22‘s sequel right after — it’s been sitting on my shelf as long as its predecessor. This was written 30-plus years after Catch-22 and finds characters at the end of their lives–at a similar point for Joseph Heller, too, who died less than five years after it was released. I didn’t love this. There were funny parts, yes, and the same satirical mania still coursed through its pages, but it didn’t have the same spark. Some character’s story lines were better than others, but overall I wouldn’t recommend it. Leave the characters in the war and just imagine what happens next. It’ll save you almost 500 pages.

5. Nancy Drew and The Mystery at Lilac Inn, Carolyn Keene

LiNo’s Libros strikes again! Click here to read all about it.

Oh, Julia. Queen of my world these days. I really love digging into anything I can about her–much like my obsession with Jackie Kennedy, which began when I was in middle school. This was the most in-depth account of her life I’ve read thus far and even though I really enjoyed it, it did take quite a while for me to get through it. Maybe I was savoring it like the last bites of a big meal? I was surprised at her early life through college, how she never found her stride and wasn’t confident in the least. There were so many similarities between her and Paul and me and Joe, too. When they were in their mid-thirties, they had just finished working for the war effort and found themselves feeling a little lost trying to find their footing and next steps. (#usinwyoming) For them, the next steps were Paris and the rest is history. Hands down, I’m completely smitten and inspired with Julia. She’s a bulldog, she’s hilarious, she’s compassionate and she changed our country’s food culture more than anyone. Ever. There were a few moments that made me sad, especially Paul’s gradual decline and how she reacted to it, as well as her own final days, but overall I loved every moment learning more about this incredible icon. Highly recommend this for any food lovers or non-fiction lovers.

I’ll split these into two lists since I may go back and forth from here on out. Up first, the books still left on my shelf:

Wuthering Heights, Emily Brontë
Zen and the Art of Motorcycle Maintenance, Robert Pirsig (timing is everything)
Hemingway Collection: A lot I still haven’t read… The Sun Also Rises, In Our Time, Green Hills of Africa

Now, for the books I don’t own, but can’t wait to find. Thanks to many of you for the recs! Someday I hope to tackle them all.