Hello, friends. I haven’t forgotten you. Despite the implication that summer has down-time, I have found myself working harder than ever and, more often than not, consumed by stress. There are some that wear their busyness like a badge of honor, but not me. I strive every day to find the work-life balance of my dreams, but certain work circumstances that prevented that lately and things that I would normally love to do in my free time, like blogging, have had to take a {very} back seat. And, oh yeah, among all that we moved to a new state. It’s been madness.

I’m determined to catch up. To tell you all about birthdays and family trips and finally having Joe in Wyoming with me and all the books that kept me company while we were apart. There’s so much. But, let’s take it back almost 10 weeks ago, when the summer was fresh and my energy level was twice what it is now. When our address still read Utah, but not for long. 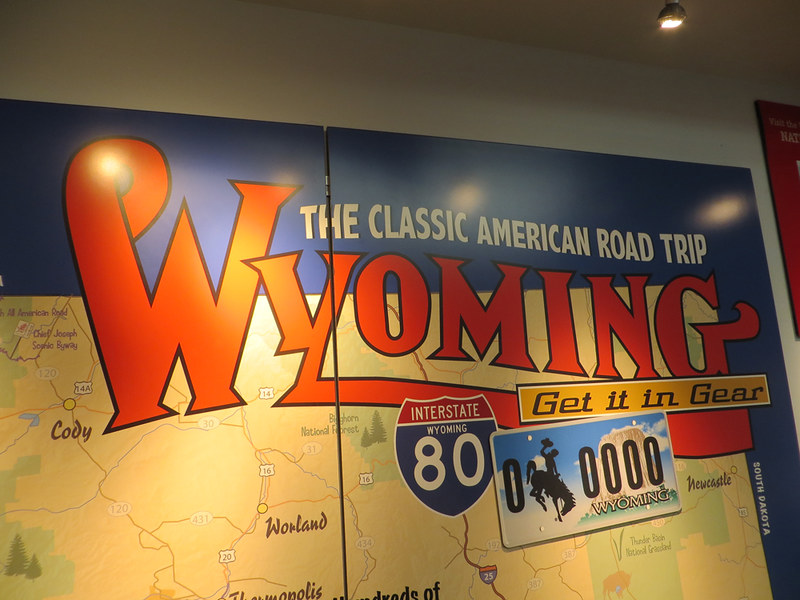 We started packing about three weeks before our move, which is roughly 3 weeks later than any other move I’ve done. May was full of Miami and Tampa and friends/visitors and anniversaries. So much happy, it somehow seemed blasphemous to cloud up the fun with cardboard and tape. But when we started, there was no looking back. Thank goodness for garages to keep the growing number of boxes out of sight. This was early on in the game, when there was still room to move. 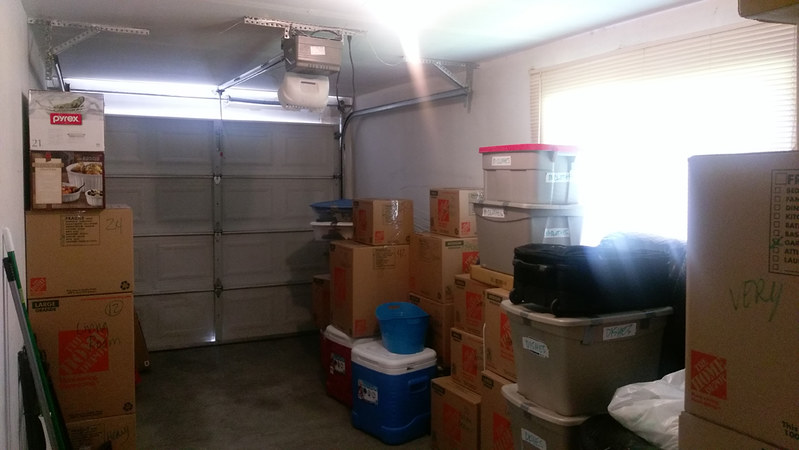 Packing makes me feel like a total mess. Even though we kondo’d our stuff, there were still a few surprises, like this Chinese bus ticket from ten years ago found tucked in a necklace box… 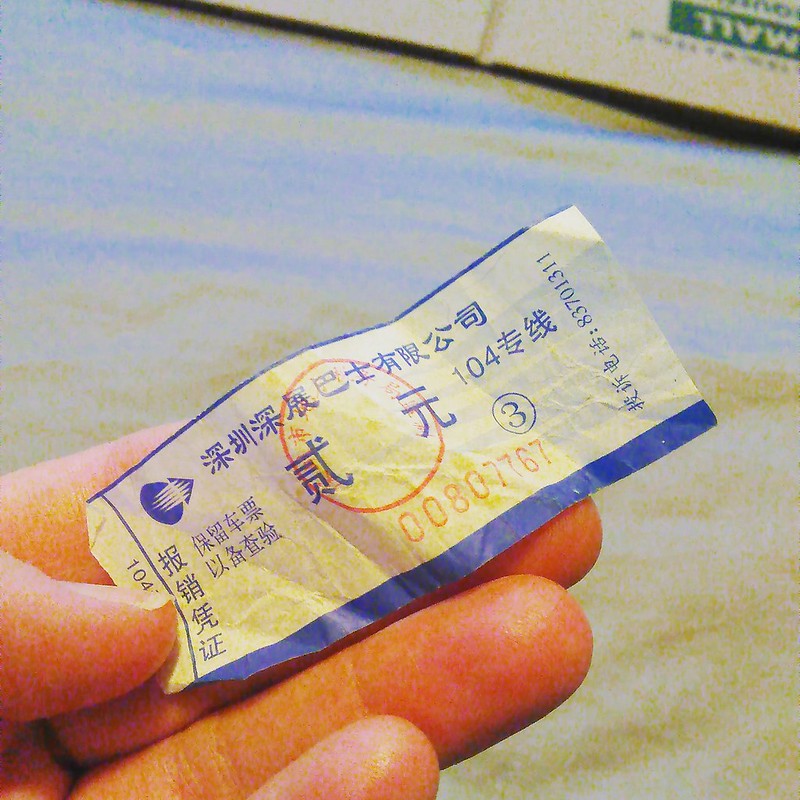 …and our senior pictures, which made me realize how much Joe and I look alike. Do you see it? The eyes, the blue, the non-smiles. Geez. 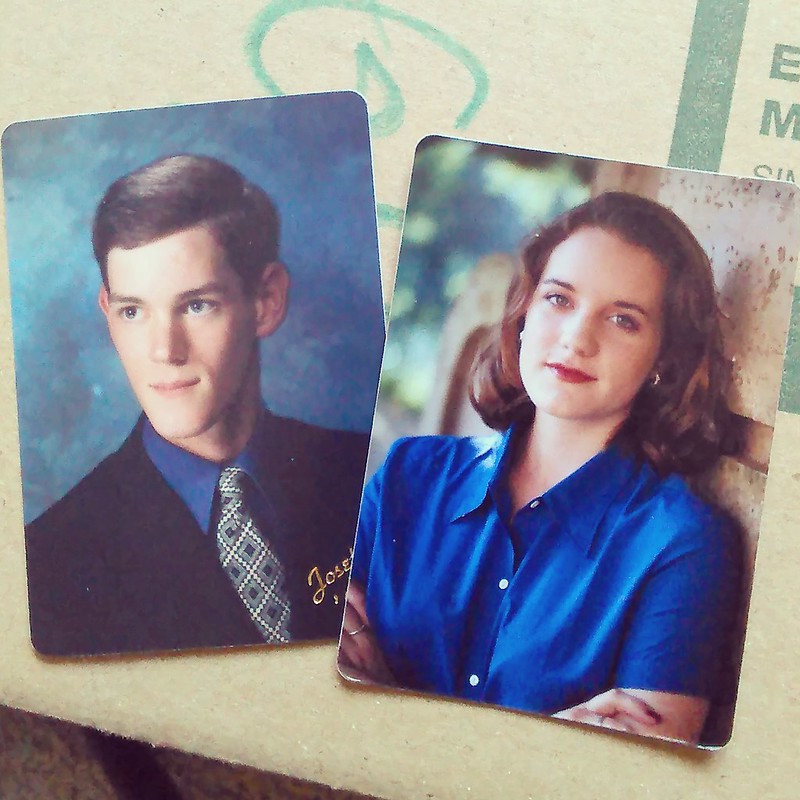 Side note: When we were engaged we had no less than five different people ask if we were siblings, the funniest one being the lady who processed our marriage license. ?! We didn’t see it then, but I’m seeing it now in these pics.

Since this move was relatively easy compared to our last two in terms of distance, we decided to do it ourselves with Joe driving the truck. I wasn’t convinced everything could fit into a 22-foot truck, so we went with the 26-er. When we went to pick it up, Joe warned me it was going to be big and to “not lose your crap” when I saw it. I’m glad he gave me the disclaimer, because I did have an internal mini freak-out, followed by immediate prayers that he’d be okay behind its wheel. 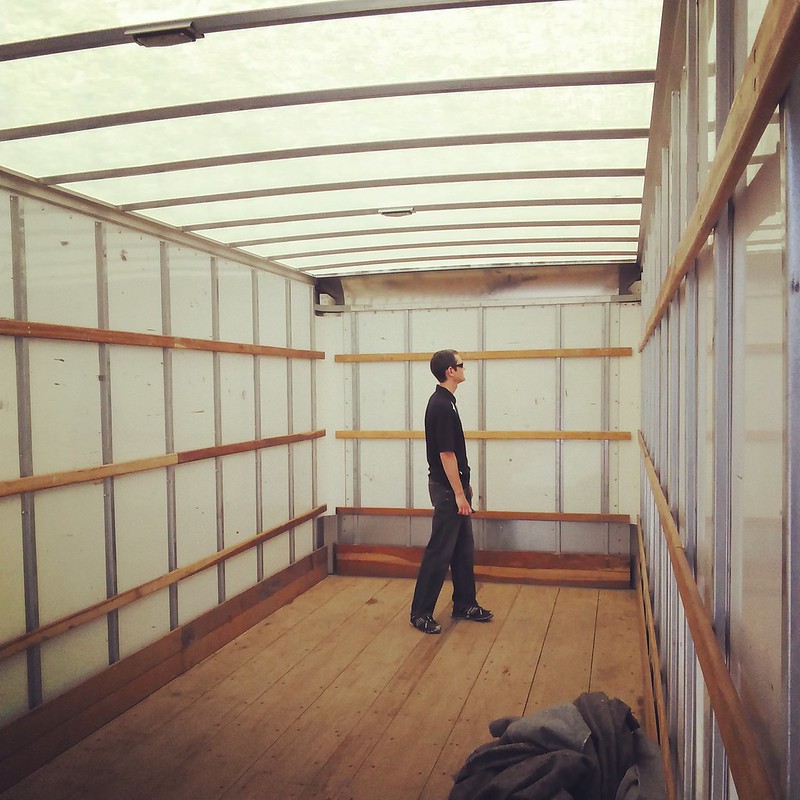 We loaded it up the day before we left with the help of two “professional” movers which ended up being a guy and his 80-pound girlfriend in strappy sandals that managed to move our ginormous wooden music case. Color me impressed. 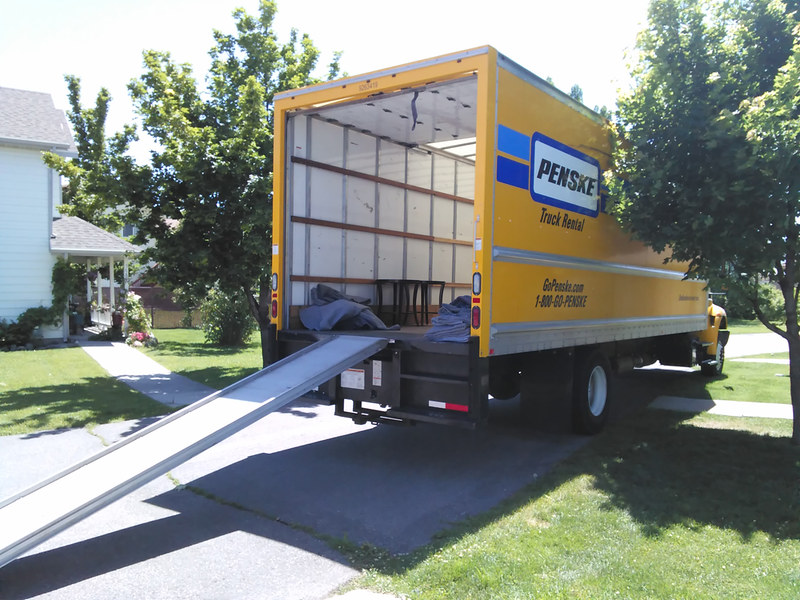 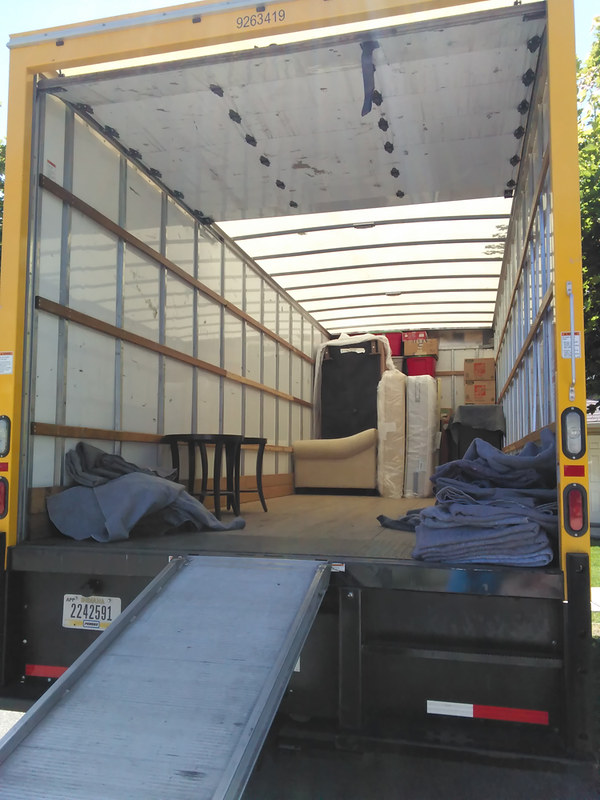 The rest of the boxes we loaded with Jason. This was at the very end. Totally didn’t need the 26-foot truck. #oops! 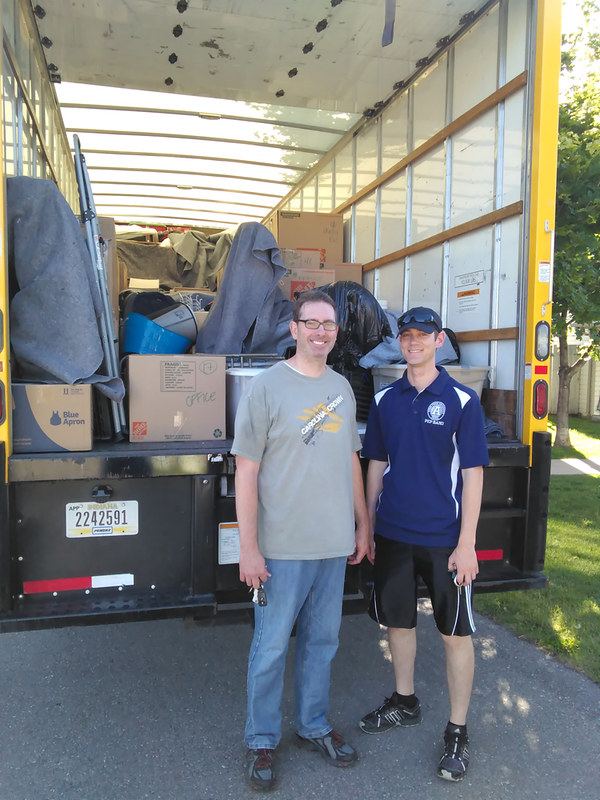 The next day it was Wyoming, or bust. We couldn’t have done this without our very good friend, Ben, who joined the caravan in Joe’s car so I could drive mine with Bella. Who, by the way, is the laziest co-pilot ever. 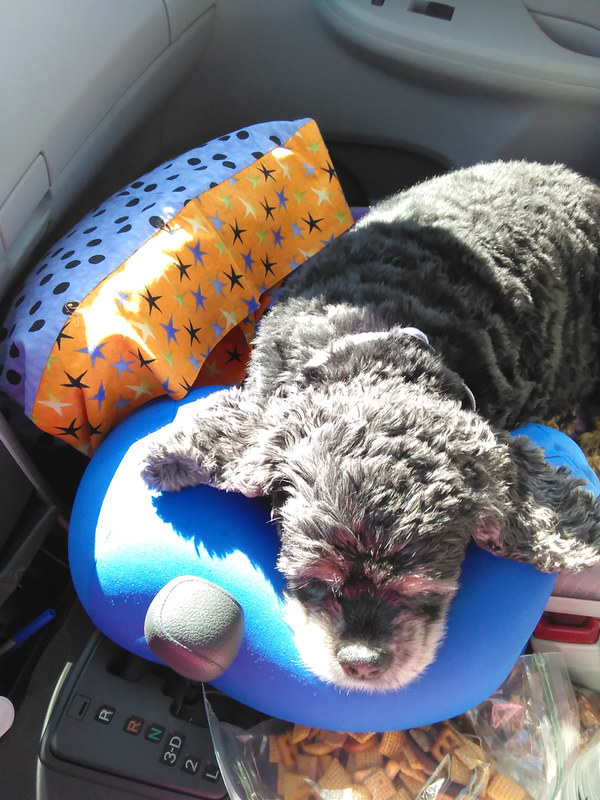 It took us around seven hours, I think, and once we did arrive it was time to unload it all again. 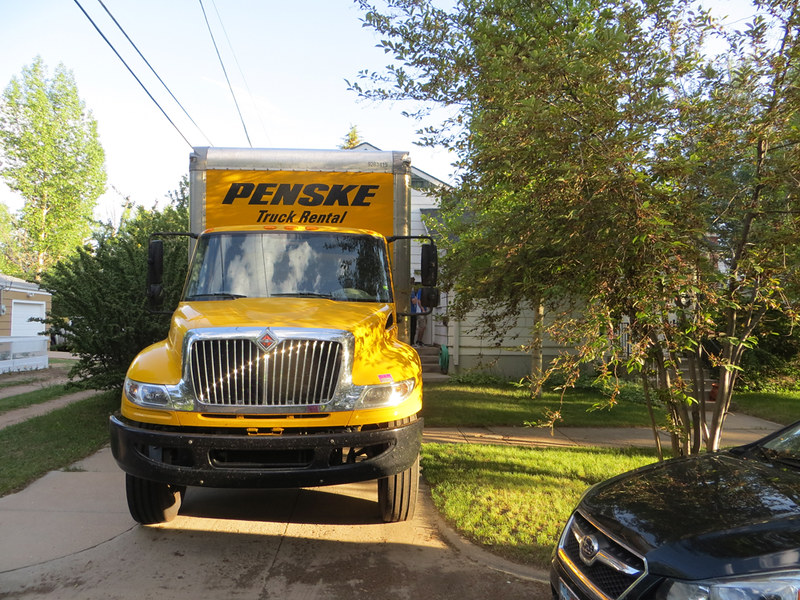 Every other move I’ve done has had a nice two-week window between when we packed up our stuff to when it arrived. Just enough time to forget about the hell it was to pack everything and to make it feel like Christmas when you open each box.

Not the case when you pack everything for weeks and your only day spent not packing is the day you’re driving and then, surprise, you’re unpacking items that night. UNCLE!

Speaking of that night…we took a break to grab some dinner and managed to lock ourselves out of the house thanks to me wanting to try locking the screen on the front door. Cue us having to break into our own new home and our neighbors catching us. Oh, hi, nice to meet you. Yes, we’re breaking into the house we just moved into. I promise we’re normal. 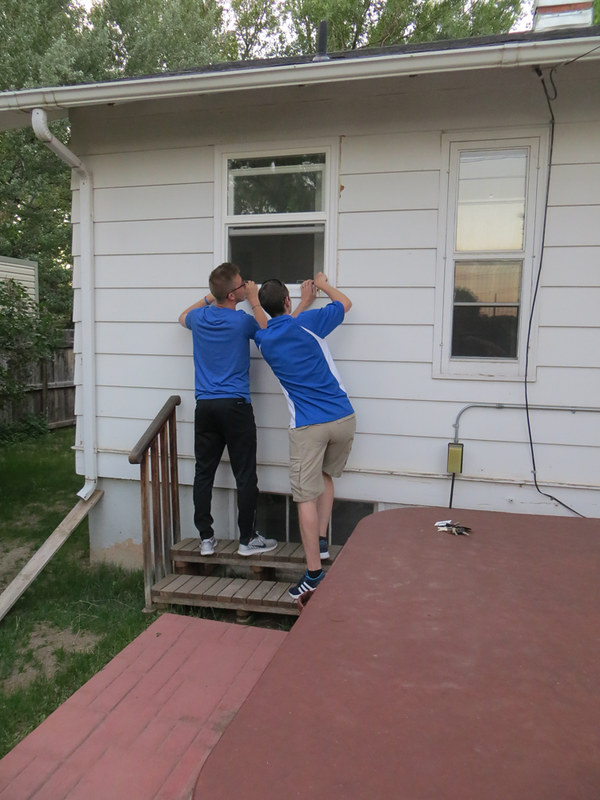 Joe managed to get the garage door open and then made me swear on Bella’s paw that I’d never lock the screen again.

The next day we piled back in our caravan to return the rental truck in Cheyenne, which is about 45 minutes away. This time I got to ride with Joe and see what it was like spinnin’ the big rigs. 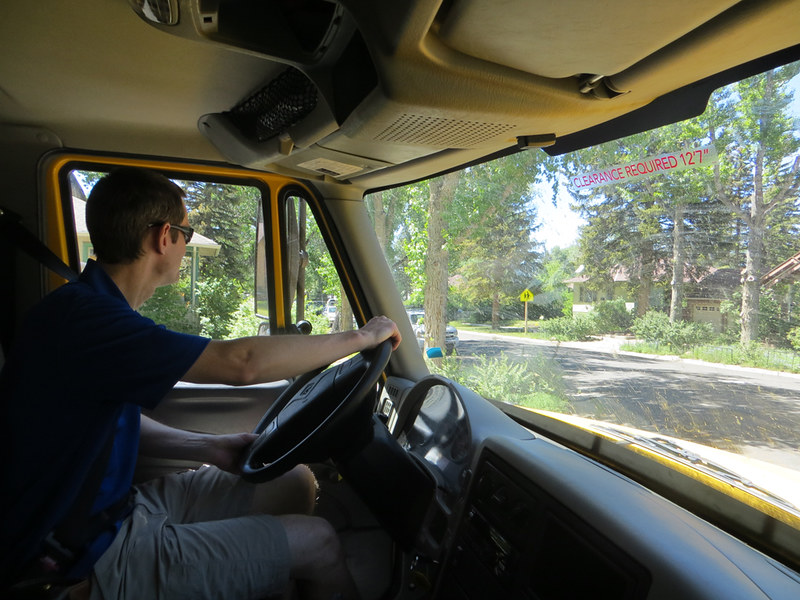 I’m amazed at how well he handled it, but ohmygosh were we so excited to dump that baby and be done. This might be my very favorite picture and perfectly captures our joy. 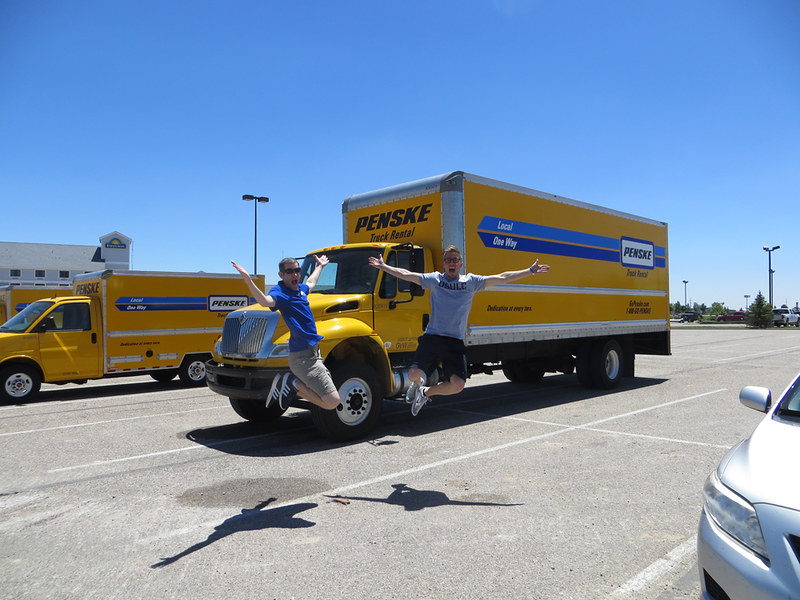 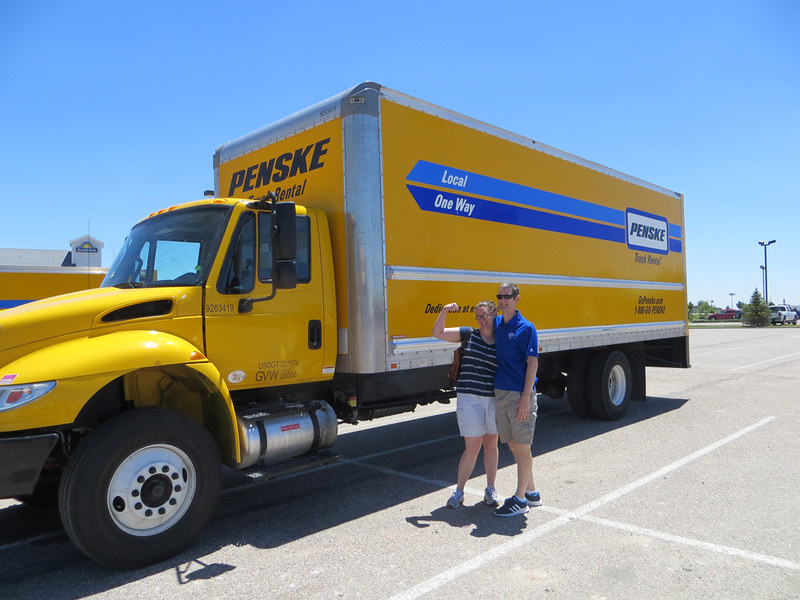 On the way back we stopped to say hi to Abe and then collapsed from exhaustion. 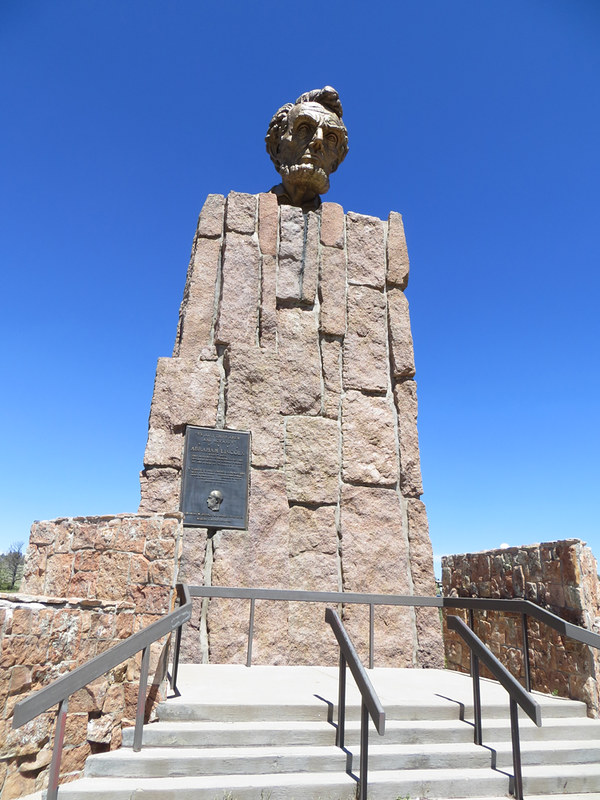 Joe and Ben had to leave later that day to get back to Utah, beginning our summer apart. I wish I could tell you that I put on my brave face and tackled the staggering number of boxes with grace and determination, but mostly I just sat on the couch and watched Netflix. I couldn’t bring myself to touch the boxes I had just, JUST, sealed with tape. It was far from easy to make this move and stay behind to set up house while Joe went back to Utah for his festival, but I know why we had to do it. And now we’re here, building our new home, learning how to deal with temperatures in the 30s in August and so happy to not be handling cardboard.

Upcoming posts in my quest to catch up: Everything I did to avoid unpacking, a musical week in Utah, a killer birthday cake baked at 7200 feet, a family-filled adventure in Colorado and an interview with my favorite third grader. Let’s do this.